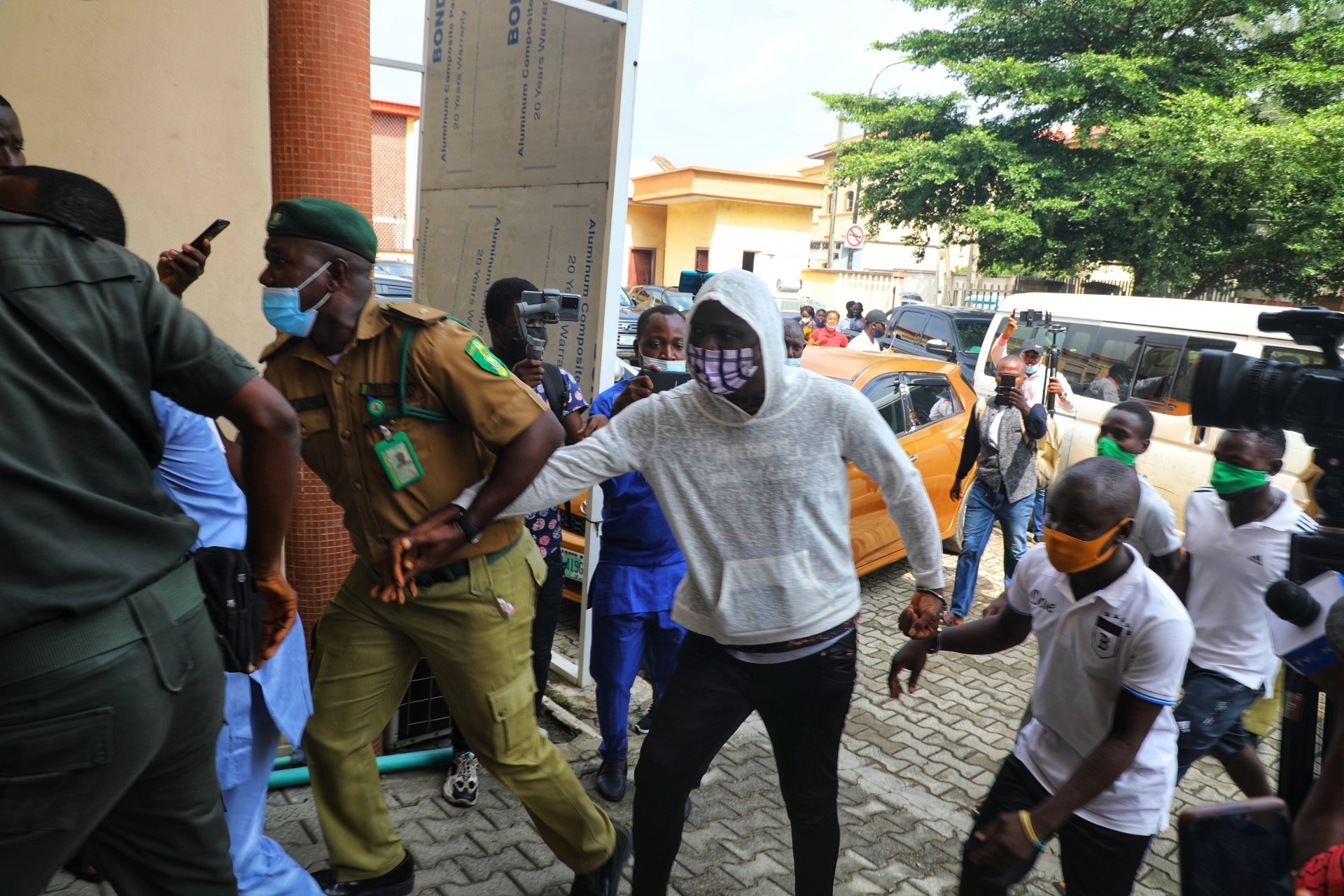 File Photo: Baba Ijesha dragged into the court by a prison warder to avoid pressmen and supporters

The prosecution team of the Lagos State Government has told an Ikeja Special Offences Court that one of the witnesses set to testify against Nollywood actor Olanrewaju James alias Baba Ijesha is scared to testify in court.

The state counsel, Mr Yusuf Sule, made the disclosure on Friday while explaining the absence of two witnesses slated to testify against the actor in his ongoing trial for sexual assault.

“My lord, the first witness is a police officer, he could not come to court today because he has been transferred and needs to get permission from where he was posted.

“My lord, we will ensure that all the witnesses are in court by next week Friday,” the prosecutor said.

Following the submission, Justice Oluwatoyin Taiwo adjourned the case until Nov. 19 for the continuation of trial.

Five witnesses have testified so far for the prosecution.

They include the alleged victim and her foster mother, actress, and comedienne Damilola Adekoya alias Princess.

The others are a child expert, Mrs. Olabisi Ajayi-Kayode; a medical doctor, Dr. Aniekan Makanjuola; and a police officer, ASP Wahab Kareem.