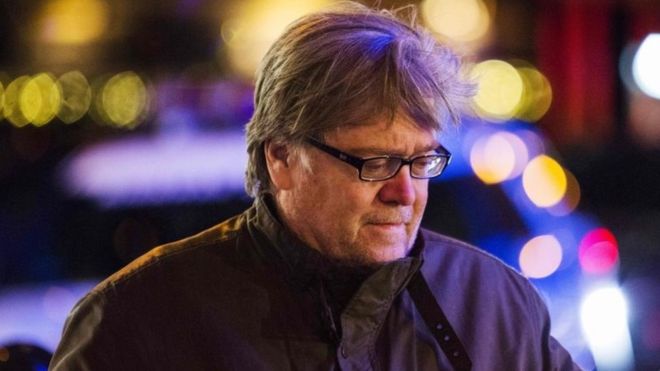 The charge arose from his failure to comply with a subpoena issued by a House of Representatives committee investigating the Jan. 6 attack on the Capitol.

According to the Justice Department, Bannon, 67, was indicted on one count for refusing to appear for a deposition.

Bannon has hinged his snubbing of the committee and refusal to submit documents on the legal doctrine of executive privilege.

Trump is also testing the doctrine in court.

“Since my first day in office, I have promised Justice Department employees that together we would show the American people by word and deed that the department adheres to the rule of law, follows the facts and the law and pursues equal justice under the law,” Attorney General Merrick Garland said in a statement.

“Today’s charges reflect the department’s steadfast commitment to these principles,” he added.

It wasn’t immediately clear when Bannon would be dragged to court.

Each count carries a minimum of 30 days of jail and a sentence of up to a year behind bars.