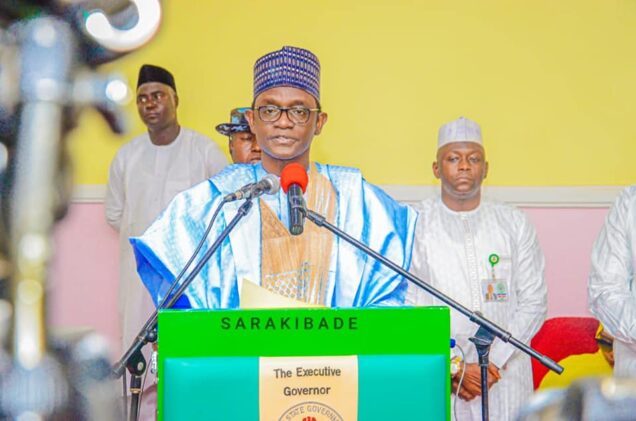 Governor Mai Mala Buni on Friday swore in the newly-appointed Grand Khadi of Yobe state, Babagana Mahadi at a ceremony in Damaturu..

Buni described Mahadi as a thoroughbred judicial officer, with a track record of fairness, selflessness and impartiality.

“His educational qualifications and experience in the judiciary make him qualified for the office. I have no doubt that he will add value to the dispensation of justice to justify this appointment.

“I am proud to say that judicial officers from Yobe have made an impressive mark in the Nigerian judiciary, which earned them some of the appointments in the federal judiciary.

“Two of our own were appointed as Supreme Court Justices and two others to the Court of Appeal, with great potentials and opportunities for the future,” the governor said.

He advised Mahadi to discharge his duties with dedication, determination and fear of God.

Buni also urged him to come up with an effective strategy for quick dispensation of justice, saying “justice delayed is justice denied.”

The governor pledged to continue to support the judiciary to perform its functions without fear or favour.