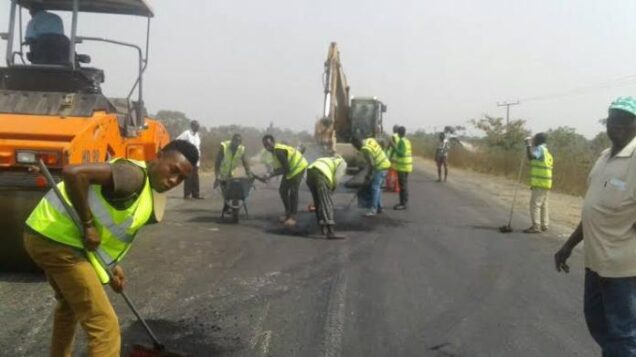 A Consultant Engineering Firm based in Enugu, Nelan Consultants, has petitioned the Inspector-General (IGP) of Police, Usman Alkali Baba, over the missing of five engineers from the firm in Ebonyi.

A co-owner of the firm, Mr. Benjamin Ezeagwu, made the complaint in a letter written by the firm’s lawyer, Mr. Tagbo Ike of Ike and Associates to IGP on Friday.

Ezeagwu said the five engineers were on Nov. 3 deployed to a road project at Effium in Ebonyi in continuation of routine supervisory works.

He said the victims were scheduled to hold a meeting with one Ken Okeh at 3 pm the same date after the site visit to discuss some accommodation issues.

According to him, the victims had traveled from Enugu to Effium with the project vehicle, Toyota Hilux with registration number ERR 001 EB and had arrived at Effium about 2pm ahead of the scheduled meeting.

“On arrival, the team called Okeh and announced their arrival at the site to him.

“The call put to Okeh was the last heard from them till date and spirited effort made by the firm, families and friends of the victims yielded no fruit as their respective phones remained switched off.

“No word has been heard of them till date and the vehicle they traveled with has not been seen anywhere,” Ezeagwu said.

He listed the names of the victims as Nelson Onyemeh, Stanley Nwazulum, Ernest Edeani, IK Ejiofor, and Samuel Aneke and they were Engineers working with the firm.

He, however, appealed to Usman Alkali Baba to use his office to order search and rescue of the victims.

“With this development, it is obvious that the five Engineers were missing,” Ezeagwu said.

Odah said the Commissioner of Police, Aliyu Garba had earlier issued a warning concerning the Effium community in Ohaukwu local Government Area of the state where engineers were abducted.

She said that the CP had also directed the command’s anti-kidnapping unit to embark on a manhunt to rescue the victims and arrest the suspects.

“The victims are engineers on a ring road project in the state. No ransom was demanded and the command is seriously on trail of the suspects.

“CP had advised people that on no account should anybody cross the place without informing the command or those on a peace mission.

Ezza and Effium communities in Ohaukwu LGA have been embroiled in deep crisis, leading to wanton destruction of lives and property.