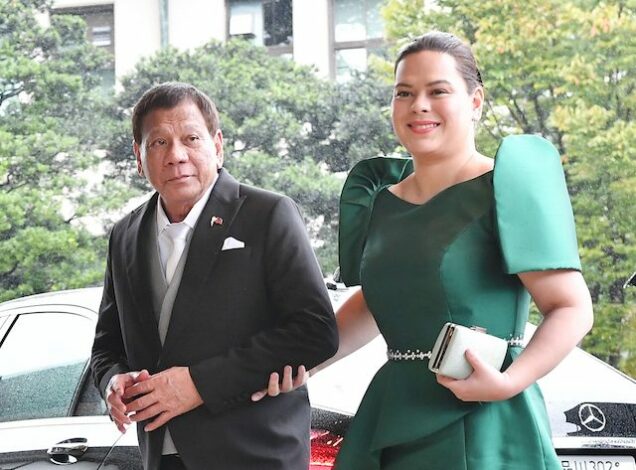 It was another twist to an election likely to be dominated by powerful family dynasties rather than reforms.

“Bong” Go, registered to run for president after withdrawing his application to run for the No. 2 post, pitting himself against several rivals, including the son of late Philippine strongman Ferdinand Marcos.

Go admitted he didn’t want to run against Duterte’s daughter, Sara Duterte-Carpio, who made a surprise move earlier on Saturday by filing her candidacy for the vice presidency, ending months-long speculation about her 2022 election plans.

But with the deadline to switch candidates for the May 2022 polls two days away, political analysts suspect there could be more surprises and even changes in alliances in what is becoming an unpredictable election.

Duterte’s communication secretary, Martin Andanar confirmed media reports that the 76-year old leader, who last month promised to retire from politics, would officially throw his hat in the vice presidential ring on Monday and run against his daughter.

“That is his plan, we don’t know if that is going to change,” Andanar told Reuters.

Duterte is barred by the Constitution from seeking a second six-year term, but nothing is stopping him from vying for another post.

In the Philippines, the president and the largely ceremonial position of vice president are elected separately.

Ferdinand Marcos Jr, the only son of the late dictator who ruled the Philippines for almost two decades until his 1986 overthrow, has adopted Duterte-Carpio, eldest daughter of the autocratic and capricious Duterte, to be his running mate.

Duterte-Carpio, 43, who belongs to a political party controlled by former president Gloria Arroyo, another dominant force in Philippine politics, will release a statement soon, her spokesperson, Mayor Christina Garcia-Frasco said.

“The rivalries of the political families have really been dramatised in this case,” said political analyst Temario Rivera.

“It looks like they are the only ones deciding on the country’s fate. It is infuriating because they are making a fool of the Filipino people.”

The Southeast Asian nation of 110 million people holds elections in May 2022 for positions from president down to governors, mayors and local officials.

The next government faces the uphill task of reviving a pandemic-battered economy.

Before announcing her vice presidential bid, Duterte-Carpio, in an opinion poll remained the most preferred candidate to succeed Duterte, and placing second was Marcos.

Political analyst Edmund Tayao said a possible team up of Marcos and Duterte-Caprio, two powerful political families in the Philippines, could be a “game changer.”

“Both of them are very popular. It is easy to assume they are the team to beat,” Tayao said.

But the prospect of a Marcos-Duterte-Carpio team taking the reins of government next year has stirred anger in the human rights community.

“What is in the offing are dire threats to democracy and freedoms in the country,” rights group Karapatan said.

Analysts said a loyalist successor to Duterte could insulate him from potential legal action at home or by the International Criminal Court, which is investigating thousands of killings since 2016 during his war on drugs.

His government has denied wrongdoing and has said it will not cooperate with the ICC.