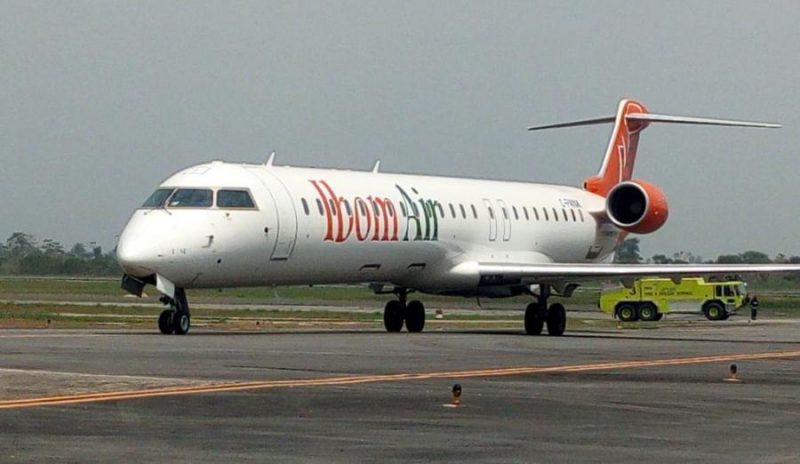 Gov. Udom Emmanuel of Akwa Ibom on Saturday said that the state plans to boost the fleet of Ibom Air with 10 A220-300 series aircraft.

He revealed the plan when he spoke at an event marking the 85th birthday of Obong Etim Abia, the Paramount Ruler of Eket in Eket Local Government Area of Akwa Ibom.

“As I am leaving here, we are signing fresh agreements that will give us 10 brand new A220-300 Air Buses, so that even when I leave office, it will remain an enduring legacy,’’ he said.

The governor also talked about his determination to ensure that quality was not compromised in the Eket Stadium project, the International Market project, roads and other development programmes in the area.

He stressed that the peculiarities of the Eket terrain were taken into consideration before projects were approved to be sited in the area to ensure that they stood the test of time.

He appealed for patience from Eket residents while reassuring them that all the projects would be delivered and appreciated long after his tenure.

Emmanuel decried the fact that climate and weather conditions, the COVID-19 pandemic and other natural occurrences had impacted on the pace of work.

“People have said a lot of things about developments and projects. Your Majesty, we have had major challenges in the past two years that we never envisaged in governance.

“In 2020, nobody could do much because of COVID-19. In 2021, we were poised for infrastructure development, but the volume of rainfall has been unprecedented,’’ the governor explained.

He congratulated the Obong on his 85th birthday and spoke glowingly of the endearing characteristics of the Eket patriarch.

“In life, I watch out for two things in any leader and in any human being; character and charisma.

“As a paramount ruler, your character to me is your charm that inspires devotion in others, including me,’’ the governor said.

He said that the Obong’s charisma also attracted and endeared others to him, adding that the paramount ruler was blessed with both attributes.

Gov. Emmanuel lauded the Eket royal father’s initiative of using the special event to honour some illustrious sons of the land with the prestigious title of “Mkpisong Ekid’’.

He expressed appreciation of the support of his Eket people and urged all stakeholders to do their best to maintain peace so as to draw more positive development to the area.

“On behalf of the government and good people of this state I say happy birthday to you, Your Majesty and long live the King,’’ he said.

In his birthday speech, Obong Abia expressed appreciation to God, to his wife and to his family.

He thanked Gov. Emmanuel and Eket leaders for their support and commitment to serve Eket people, Akwa Ibom and by extension all Nigerians.

Expatiating on the honour bestowed on awardees, he said the title, “Mkpisong’’ literally means Pillar of Progress and Leading Light in the community.

One of the recipients, Mr Frank Archibong, thanked the Obong for finding him worthy of the award of honour and promised to do more to support his community and Akwa Ibom.

Archibong is the Akwa Ibom Commissioner for Local Government and Chieftaincy Affairs.

He described the Obong as an astute administrator who had brought his wealth of experience to bear on the leadership of the traditional institution across the state.