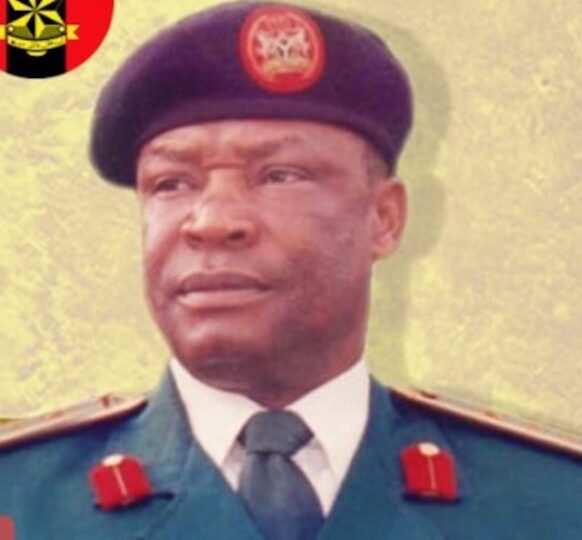 Uzodimma said this at a commendation service held in honour of the late MILAD at St. Jude’s Catholic Church, 34 Artillery Brigade, Obinze, Owerri on Friday.

He described Eze as a statesman par excellence, who attracted development to his state.

He promised to name an edifice in Imo after the colonel as a way of appreciating his selfless service to humanity.

He said he was pained by the death of Ezeh who, he said, personally told him a few weeks ago before his death that he was deeply concerned about the insecurity in Imo and Nigeria at large.

The governor reaffirmed his administration’s resolve to particularly restore peace in Orsu and Awo Idemili, where Ezeh hailed from.

He said the gesture would form part of an enduring tribute to the late “worthy son of Orsu, Imo and Nigeria”.

“Late Col. Ezeh, an accomplished gentleman in all ramifications, was not greedy, wicked or bitter with anybody.

“He was rather instrumental to many developmental projects that came from the Federal Government to the South-East,” he said.

In a special tribute, Chief of Army Staff, Lt.- Gen. Farouk Yahaya, described the deceased as “a fine gentleman, who served meritoriously and won many medals as a leader and commander of several commands”.

The army chief presented the national flag and other military symbols to Ezeh’s next-of-kin, after reading the funeral oration.

Ezeh’s wife, Emelda, expressed deep sorrow over the death of her husband as she recalled their days of togetherness, saying he died without leaving a word behind.

Also, the deceased son, Kenneth, described his father as “a disciplinarian, a no-nonsense military gentleman”, who instilled a lot of discipline in his children.

He said that Ezeh’s death left a vacuum too big for anyone to fill and prayed that God would help them to bear the loss.

In his brief homily, Rev. Fr. Ernest Ochadu, an Army Capt., lauded the virtues of the deceased. Ochadu admonished the living to book a place for themselves in paradise by living right.