What turns me off about acting - Papaya Ex 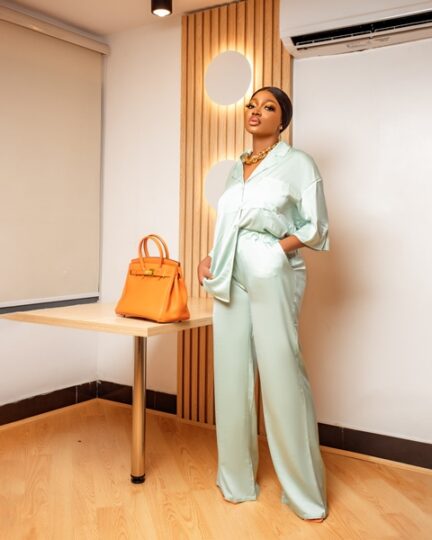 Actress and brand influencer, Raheem Abike Halimah known by the stage name “Papaya Ex” and also by the moniker “Abike Arab Money” first cut her teeth as an actress in 2019, doing mostly short films and skits.

But her credentials as actress were cemented in 2020, when she starred in a short movie titled “Two Way Street”.

The movie was a huge success that paved the way for her to launch herself into higher realm in the make-believe world but she has been disenchanted by some factors inherent in the Nigeria movie industry.

“What turns me off is all the dramas and gossips that surround the industry. The negative stereotypes people place on you because you are succeeding one way or the other. The level of hatred and jealousy is way beyond control,” she said.

But she has hung on to her dream and a little smile has come her way. Despite the challenges Papaya Ex says letting go of the dream is not an option even though acting is not exactly paying her bills right now.

“I think one of the biggest challenges for me is letting go, letting go of needing to be perfect, letting go of emotional status because being an actor can burn you out. I’m not yet fully into it like the likes of Funke Akindele, Toyin Abraham and Mercy Aigbe but I have unquenchable passion for it,” she added.

Papaya Ex, who is also a brand influencer, content creator, beauty therapist and fashion model admitted that acting does not pay her bills and thus cannot say it is lucrative.

“What pays my bill is brand influencing. I make more income as a brand influencer than any other jobs I do. But even brand influencing has its own downsides. It takes a lot to be a brand influencer, it’s not just about wearing clothes and taking fine pictures and posting for people to see. It entails hard work, consistency, prayer and intelligence. Also there are a lot of backlashes,” she said.

“Brand influencing is a successful business but the rate at which everyone wants to be one is high. The first question to ask yourself is, are you ready for social media heat? There would be days you have to question yourself about fame? There is so much hatred and jealousy out there too.” she added.

The curvy and beautiful Oyo State indigene also explained how she got the moniker “Abike Arab Money” by going down memory lane.

“It all started in Dubai when I paid for my sister’s bill and she was trying to hail me with the big woman hype. Because we were in an Arab country she shouted and hailed me, adding the nickname ‘Arab Money Opor’. From there I decided to put it out to the public because I thought it was quite catchy, then people picked it up and started calling me that, and it has stuck ever since,” she narrated.

She has worked with consumer brands, fashion designers, photographers, and artists to advertise a wide array of products. The entertainment space has become a space she has built a solid place. Little wonder many mischievous pretenders want to ride on her brand for prosperity.