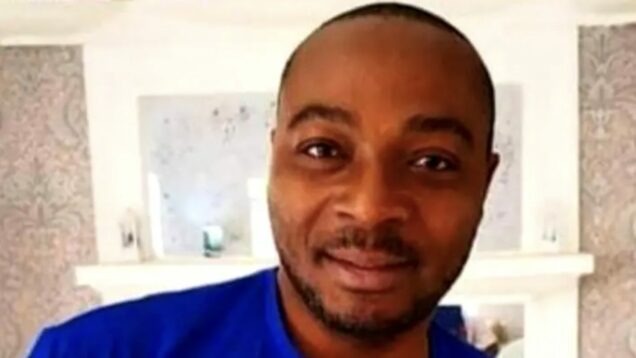 The Speaker House of Representatives, Mr Femi Gbajabiamila, has expressed sadness over the death of Mr Tordue Salem, the Vanguard Newspapers Correspondent who covered the House.

Gbajabiamila expressed his condolences to the family of the deceased in a statement by his Special Adviser on Media and Publicity, Mr Lanre Lasisi, on Saturday in Abuja

He also condoled with Vanguard Newspapers, the Nigerian Union of Journalists and the House of Representatives Press Corps.

The speaker said it was more painful that Salem, whom he described as a vibrant and committed journalist, went missing for almost a month before his corpse was discovered in an Abuja morgue.

He recalled how the late Salem distinguished himself as one of the finest journalists that covered the activities of the House of Representatives for many years.

The lawmaker prayed for the repose of his soul and also beseeched God to grant his family and colleagues the fortitude to bear the loss, adding that Salem would be sorely missed.

In a similar vein, Rep. Ndudi Elumelu, Minority Leader, House of Representatives said that he received with shock and utter devastation the news of the death of Salem.

“The news of the reported discovery of the remains of the journalist on Nov. 11, a month after he went missing, is horrifying and yet another sad commentary on the worsening insecurity in our country,” Elumelu said.

He said that the minority caucus noted the report by the police that the journalist was knocked down by a hit-and- run driver around Mabushi area in Abuja.

“However, as the representatives of the people, we demand that the police must not foreclose investigations, particularly given conflicting official security reports trailing Salem’s sudden disappearance and death.

“Our caucus is still trying to come to terms with the conflicting reports and how it took a month before the body of a motor accident victim is discovered in a very busy area like Mabushi.

“It is indeed saddening that our nation will in this manner lose such a young, energetic, highly resourceful and experienced journalist like Salem,” he said.

The lawmaker said that Salem used his investigative journalism skill toward entrenching democracy and good governance in the country.

He added that his death was a huge blow to the media and journalism practice in Nigeria.

He urged the police to leave no stone unturned in addressing all conflicting issues related to the disappearance and death of the journalist.