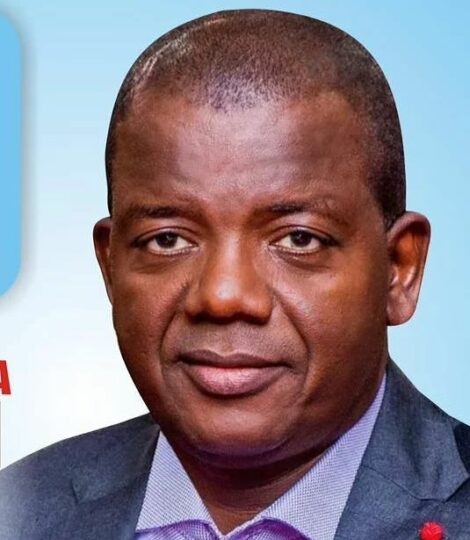 Peace is yet to prevail in Zamfara All Progressives Congress (APC) as factions held parallel ward congresses on Saturday.

According to a report, both former Governor Abdulazeez Yari and Marafa collaborated in holding the unofficial congress.

Masari, who presided over the congress held by Matawalle group, said his committee was mandated to conduct the exercise in accordance with the party’s constitution.

NAN reported that the ward congresses ended peacefully in all the 14 local government areas of the state.

There was a massive turnout of delegates in all the 147 wards, in spite of earlier fears of possible breakdown of law and order.

At Galadima and Kayyaye/Matusgi wards under Talata Mafara Local Government, the delegates turned out en masse to participate in the elective ward congress.

Reports from across the state indicated that most of the wards executives emerged through consensus.

A delegate, Sani Maigadi from Galadinma ward told NAN that the exercise was transparent and rancour-free.

“This congress is one of the best so far in the state and we appreciate the governor for ensuring a united APC; there was no imposition and the conduct was peaceful,” he said.

The Women Leader of Galadinma ward, Hajiya Husseina Talata Mafara said the party has become more formidable since the emergence of Gov. Bello Matawalle as the party’s leader.

Dahiru admonished the newly elected party leaders to be transparent and carry all party members along in running the affairs of the party.

Matawalle who did not take part in the congresses had earlier sent words via the Speaker of the State Assembly, Nasiru Mu’azu-Magarya, suing for unity in the party.

He said Zamfara APC will remain united, despite the alleged efforts by a few disgruntled elements to cause disharmony.

Matawalle’s message was delivered at the party’s stakeholders meeting held at the Government House, Gusau ahead of the ward congresses.

The governor urged all party members to respect the APC constitution and uphold the tenets of discipline, loyalty and harmony.

“As responsible leaders, the leadership of the party at all levels respect party hierarchy which recognizes President Muhammadu Buhari as the party’s leader at the National level and state governors in APC controlled states as leaders of the party in their respective states.”

According to him, this has ensured more gains for the party throughout the country.

Matawalle noted the effort of the National Working Committee of the party led by its Chairman, Gov. Mai Mala Buni of Yobe, in facilitating the growth of the party, which led to registration of over one million members in the state.

The governor commended the stakeholders and other supporters for ensuring a rancour free exercise, and called on them not to be influenced “by the negative views of those who are bent on destroying the party”.

Meanwhile, the Mohammed Lawan Kaura-led state caretaker committee, who are members of Yari group, said the Matawalle congresses were illegal and contemptuous of a case in court challenging the dissolution of the Committee.

“There can be no congress until the court case is dispensed off. The so-called state congress is illegal. The court has given an order that we maintain the status quo.

“Some leaders went to court to challenge the jurisdiction of our exco and the court ordered that the status quo should be maintained until the determination of the case, so I am surprised”, he told The Nation newspaper.