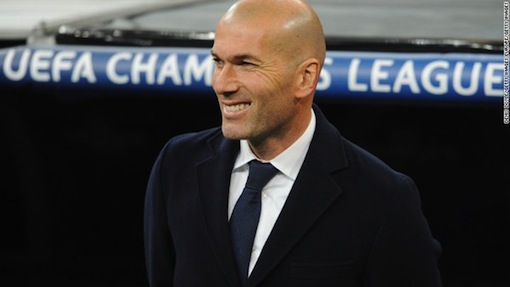 Manchester United are reported to have made contact with Frenchman Zinedine Zidane as a replacement for their under fire coach Ole Gunnar Solskjaer.

Manchester Evening News reported that the former Real Madrid manager is one of the names linked with succeeding Solskjaer at the Old Trafford helm after Manchester United’s recent run of form edged the Norwegian closer to the managerial chopping block.

There is no official confirmation yet, but the newspaper doubled down with the speculation, reporting that the move already has the blessing of United ace, Cristiano Ronaldo.

“Ronaldo has already told Man United he would approve of Zidane as manager”, it reported.

But some other reports debunked the speculations, saying that the club has not made any contact with Zinsou yet.

Besides, Zidane is said not be desperate to work again during the season, without a pre season.

“He is enjoying his private life”.

But he is said not to be interested as he’s happy at Ajax.

Brendan Rodgers of Leicester and Mauricio Pochettino of Paris Saint Germain are also said to be on the cards.

But the Zidane speculation is strongest as he is a free agent following his summer departure from Real Madrid.