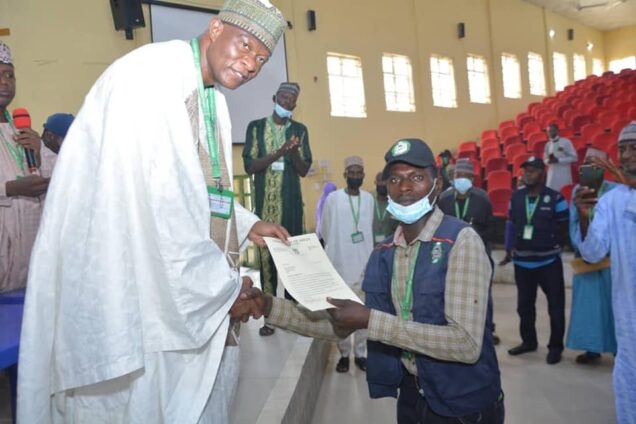 The Management of the University of Abuja has honoured 44 staff of the Safety Unit of the university for their role in the rescue of staff and children abducted by gunmen from the Giri Quarters in the early hours of Tuesday 2nd November 2021.

This was confirmed in a statement issued on Sunday.

The vice-chancellor, Professor Abdul-Rasheed Na’Allah, who celebrated, said they had done the University proud.

He said the 44 people worked with security forces including the police, DSS, Military and civil defence, to prevent the gunmen from abducting more staff.

The vice-chancellor said they also ensured that those abducted were rescued without payment of ransom.

He said, “I am pleased to express the profound appreciation of the University management for your role in the combined effort that resulted in the rescue of our staff and their children abducted by the bandits on Tuesday 2nd November 2021 from the Staff Quarters in Giri.

“You demonstrated exceptional commitment and bravery in the discharge of your duty which led to the timely rescue of our staff and their children from the clutches of the hoodlums. But for your courage, the story of the abduction might have been different. It is in recognition of this feat that the management, today decides to honour you all. Indeed you have given the University community the hope of protection.”