Blood in their hands: Herdsmen kill 1,773 in Benue 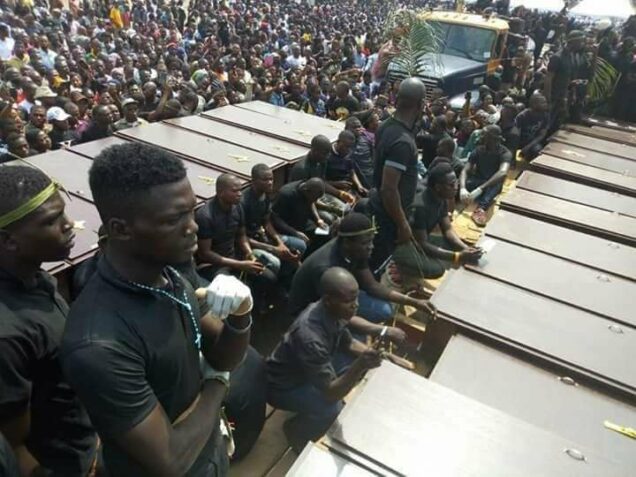 Flashback: mass burial of victims of herdsmen in Benue in January 2018

No fewer than 1,773 people have been killed by armed herdsmen in Benue State from 2018 till date, President-General of Mzough- U- Tiv, Iorbee Ihagh said on Monday.

Of the lot, 73 bodies were found and given a state burial.

Iorbee Ihagh, a retired police commissioner, who spoke on behalf of Idoma and Igede ethnic groups at a news conference, said the unprovoked killings and attacks had continued unabated.

Chairmen of local government areas affected by the attacks were at the connference.

He said 1.5 million people were in Internally Displaced Persons (IDPs) camps across the state, while armed herdsmen had taken over some of the settlements that were attacked.

“The herdsmen no longer come with cows and members of their family as was the case in the 70s and 80s, they are now well-armed and attack harmless villagers and have taken over their settlements,” the Tiv leader claimed.