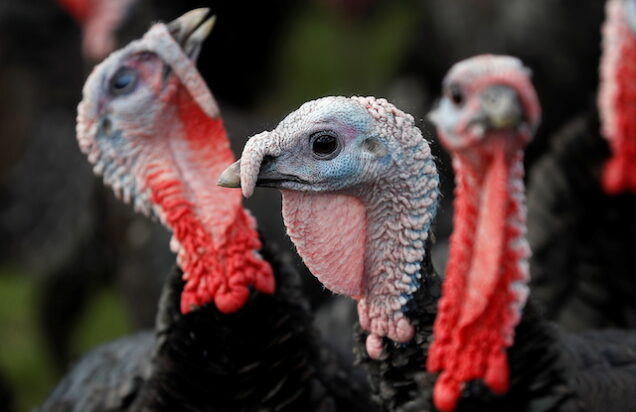 Turkeys available in UK at Christmas

British poultry producers said on Monday there would be enough turkeys for Christmas after the industry focused on delivering whole birds to overcome a shortage of processing workers.

Richard Griffiths, CEO of the British Poultry Council (BPC), said customers will have less choice this year but insisted everyone who wants a bird will be able to buy one.

“There will definitely be enough turkeys for Christmas. I think there will be a focus on whole birds and very simple crowns and roasts,” he said.

“This streamlining of our products choice has helped us in terms of overall volume.”

Earlier this year, with the industry facing huge pressures from labour shortages due to the COVID-19 crisis and Brexit, the BPC had estimated that turkey production would be down by 20% this year, potentially threatening the traditional Christmas Day meal.

However, the government did allow the industry to recruit 5,500 temporary staff from overseas.

Fears of a festive shortage of fresh birds had prompted Britons to make early purchases of frozen ones.