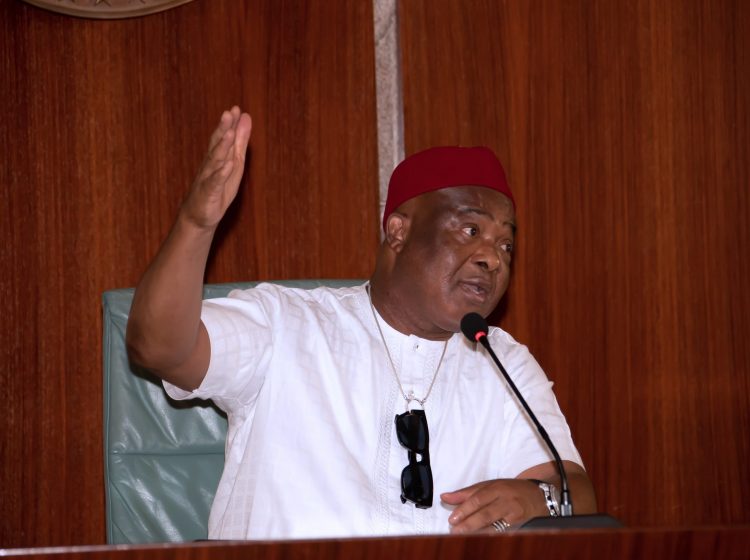 Gov. Hope Uzodimma of Imo has assured indigenes of the state living in the diaspora of guaranteed security ahead of the yuletide.

This was contained in a release by the governor’s Chief Press Secretary, Oguwike Nwachuku, and made available to newsmen in Owerri on Sunday.

The governor gave the assurance at the 2021 Imo Cultural Day celebrations, organised by the Imo Towns Development Association, Lagos (ISTDAL), on Sunday.

Uzodimma, represented by the state Commissioner for Information and Strategy, Mr Declan Emelumba, praised members of the association for promoting Imo cultural heritage in Lagos.

He advised the indigenes not to listen to propaganda and fabricated social media publications about the security situation in the state, adding that the situation had been brought under control.

The commissioner also urged them to visit home regularly so as to appraise the level of development going on in the state and promised to host the executive members of the association during the yuletide.

“When you come home, you will be amazed at the massive road construction and rehabilitation which has been carried out by my administration in less than two years.

“We have introduced ‘the people’s budget’ which enables town unions to advise the government on what their people actually need and these are actually included in the budget,” he said.