Italy drop to playoffs in race for Qatar 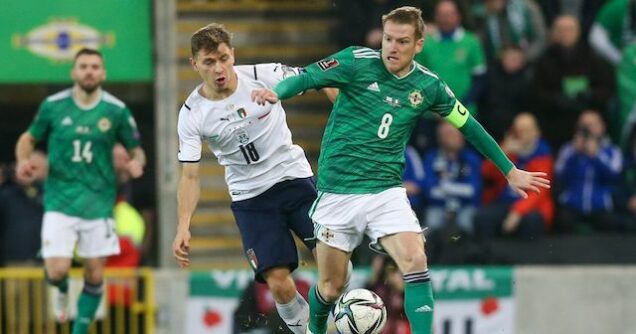 Like Portugal, European champions Italy will know next year March whether they would qualify for the 2022 World Cup in Qatar.

On Monday, they also missed out on automatic qualification for the tournament as they were held to a 0-0 draw by Northern Ireland.

The Azurris headed into their final Group C game at Windsor Park level on points with Switzerland, ahead only on goal difference.

And while Switzerland beat Bulgaria 4-0 on Monday, Italy were frustrated by Ian Baraclough’s side in Belfast.

Federico Chiesa went closest to breaking the deadlock for Roberto Mancini’s side, but the move failed.

The Azzurri now face two play-off games in March to try to qualify for the tournament in Qatar.