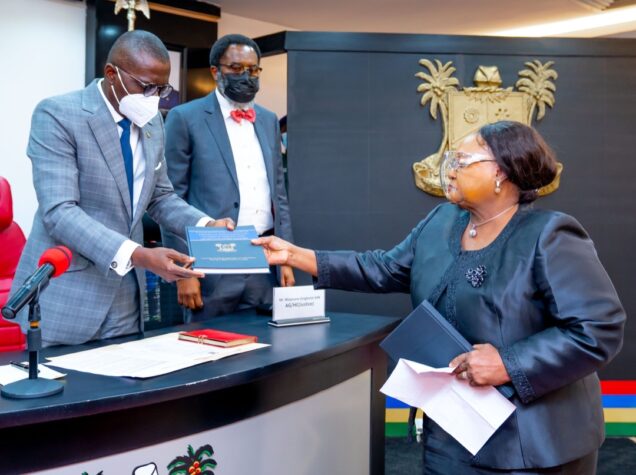 The Lagos Judicial Panel on #EndSARS, has confirmed there was indeed a massacre of protesters at Lekki Toll Gate on 20 October 2020, contrary to official narrative debunking it.

According to the finding of the panel, headed by Justice Okuwobi, the massacre was carried out by both the military and the police.

The finding by the panel knocked the bottom out of the position of Information Minister Lai Mohammed, who claimed there was no massacre at the Toll Gate.

First of all, the panel questioned the deployment of soldiers to the Lekki Toll Gate as the protest there was peaceful, unlike the pockets of violence in the other parts of the city.

“The deployment of the army to Lekki Toll Gate on 20/10/2020, in the absence of any reported violence was totally unwarranted”, the panel found.

Unlike official narrative of one or two persons dying at the tollgate, the panel confirmed nine people dead and another four missing, but presumed dead, making a total of 13.

It listed the names of the dead casualties and the many with gunshot wounds. 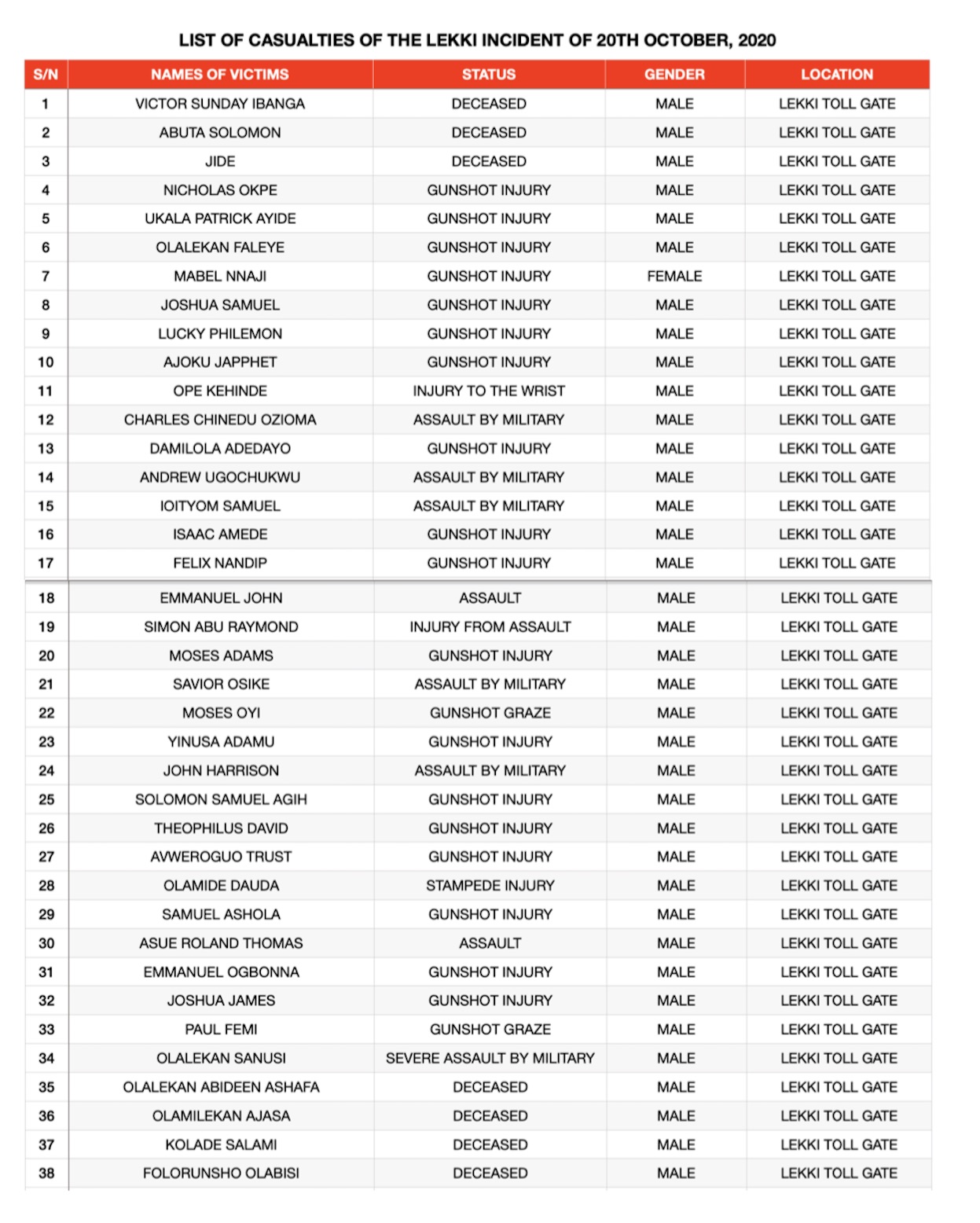 The panel reported that the response to its Summons was hugely positive, as over 80% of those summoned honored the invitations, and gave evidence before the Panel, which assisted it greatly in unravelling the events of the 20th October 2020.

The protesters on their own attended the Panel’s proceedings and presented evidence of what happened at the Lekki Toll Gate on the 20th of October, 2020.

On the part of the ENDSARS Protesters the Panel specifically considered the evidence of persons, who alleged that they were victims with injuries or death of their loved ones, which occurred during the Lekki Toll Gate Incident and the testimonies of those who were present and traumatized.

Some gave accounts of what happened even though they had no physical injuries.

Panel reached its findings and prepared its reports despite the evidence of the Nigerian Army, that was limited, as most of the officers who were summoned and who filed affidavits never appeared before the Panel.

At the conclusion of evidence of all relevant parties, key issues which called for determination and upon which the findings of the Panel were based are summarized as follows:

• Whether the Nigerian Army used live bullets on unarmed and defenseless protesters at the Lekki Toll Gate on 20th October 2020?

• Whether the live bullets resulted in injuries or casualties on the part of the protesters?

• Whether the LCC played any role in the events of the night of the 20th of October2020?

• Whether the Lagos State played any role in the Lekki Toll Gate Incident of the 20th ofOctober 2020.

The Panel thus made the following key findings:

1. That the Nigerian Army was invited for intervention in the State and was deployed to Lekki Toll Gate on the 20th of October 2020. At the Lekki Toll Gate, officers of the Nigerian Army shot, injured and killed unarmed helpless and defenseless protesters, without provocation or justification, while they were waving the Nigerian Flag and singing the National Anthem and the manner of assault and killing could in context be described as a massacre. The Panel also found that the conduct of the Nigerian Army was exacerbated by its refusal to allow ambulances render medical assistance to victims who required such assistance. The Army was also found not to have adhered to its own Rules of Engagement.

2. The Panel found that the Nigerian Police Force deployed its officers to the Lekki Toll Gate on the night of the 20th October, 2020 and between that night and the morning of the 21st of October, 2020, its officer shot at, assaulted and battered unarmed protesters, which led to injuries and deaths. The police officers also tried to cover up their actions by picking up bullets.

3. The panel found that LCC hampered the panel’s investigation by refusing to turn over some useful and vital information/evidence as requested by the Panel and the Forensic Expert engaged by the panel, even where such information and evidence was by the company’s admission, available. It manipulated the incomplete CCTV Video footage of the Lekki Toll Gate on the night of the 20th of October 2020, which it tendered before the Panel.

5. The Panel found that there was an attempt to cover up the Incident of the 20th of October by the cleaning of the Lekki Toll Gate and the failure to preserve the scene ahead of potential investigations.

Upon the above key findings amongst others, the Panel made a total of 32

Recommendations, which included but not limited to:

• Sanctioning of the officers of the Nigerian Army and the Nigerian Police Force respectively who participated in shooting, injuring and killing of unarmed protestors at the Lekki Toll Gate on the 20 and 21st of October 2020;

• Development of more robust engagement between the Youth and the Government;

• Setting up of a Standing Committee/Tribunal to deal with cases of Violation of Human Rights by security agencies and a trust fund to settle compensation awarded by such committee/tribunal;

• A public apology to ENDSARS protesters who were killed, injured and traumatized bythe Incident of the 20th of October 2020;

At the presentation of the report on Monday, Governor Sanwo-Olu promised
1. To set up a Four-Man Committee led by the Honourable Attorney-General to prepare a White Paper for the purpose of implementing the findings and recommendations expressed in the report and to give it legal backing; and

2. To send the report to the National Economic Council for implementation.