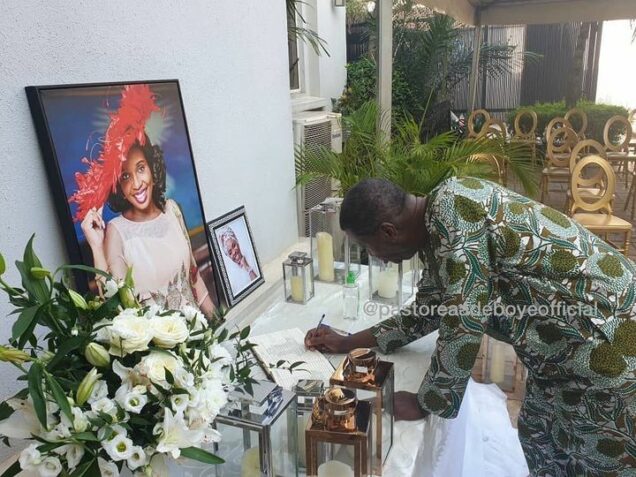 Pastor Enoch Adeboye, the General Overseer of the Redeemed Christian Church of God, has said Nomthi Odukoya, the late wife of the senior pastor of Fountain of Life Church, Taiwo Odukoya, is in heaven.

Adeboye stated this on Monday as he paid a condolence visit to Pastor Odukoya.

The highly respected cleric, however, prayed to God to grant Odukoya the strength to bear the loss.

“Earlier today, I paid a condolence visit to one of my sons, Pastor Taiwo Odukoya, whose wife transitioned into glory last week,” Adeboye wrote on Facebook.

“We are deeply comforted in the fact that Pastor (Mrs) Nomthi Odukoya knew, loved and served the Lord with such fervency. And so we rejoice that she is in heaven; a place where there is eternal peace and rest.

“Indeed, God is unquestionable. My prayer is that The Almighty God continues to strengthen the Odukoya family and grant them the grace needed for this period. I pray for God’s divine protection over Pastor Taiwo Odukoya, the children, and the Fountain of Life ministry. In JESUS’ name. Amen!”

Nomthi died last Tuesday after a two-year battle with cancer.

Both events would take place at the church headquarters located in the Illupeju area of Lagos State.

Odukoya got married to Nomthi in 2010 after the death of his first wife, Bimbo, in the 2005 Sosoliso plane crash.

Nomthi, in her 11 years of marrying the cleric, had two sons for him- Jomiloju and Timilehin Odukoya.