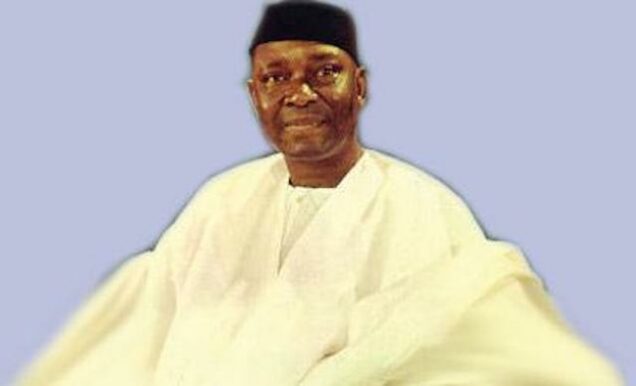 The Federal Government has been urged to complete immortalising Dr Nnamdi Azikiwe, by declaring Nov. 16 as public holiday to celebrate him.

Azikiwe, popularly called Zik-of-Africa was a leading Nigerian nationalist and first president. He died in 1996 at the age of 91.

A human rights activist, Mr Vincent Ezekwueme made the suggestion of a national holiday in an interview.

Ezekwueme told NAN in Enugu that the immortalisation of Zik-of-Africa with a public holiday on his birthday, being Nov. 16, would further build national consciousness and patriotism among Nigerians.

“As the first governor of Eastern Region, Senate President, Governor-General and President; Zik-of-Africa deserved to be honoured with a national holiday in appreciation of his immense sacrifices and contributions towards our Independence and Nigeria’s unity.

“I commend the Federal Government for completion of Zik’s Mausoleum,’’ he said.

Ezekwueme, who is also the Chairman of Civil Liberties Organisation (CLO), Anambra, appealed for creation of additional states and local government areas in the South-East.

“This is in tandem with recommendations of National Constitutional Conference and to keep the zone at par with other zones within the federation,” he added.