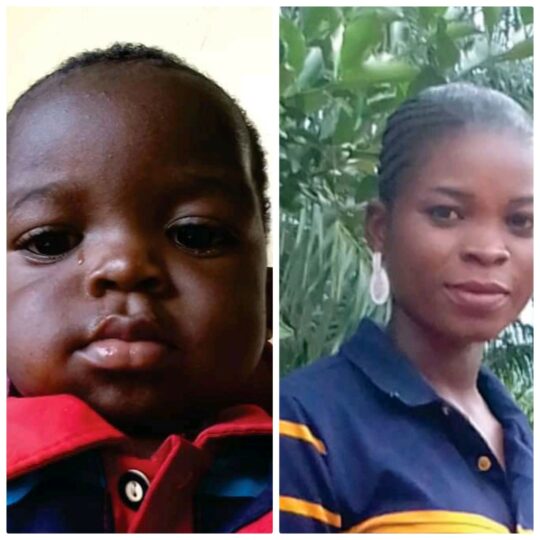 Mrs. Glory Ogbewi, and her two-year-old son clubbed to death at Ime-obi community of Delta State.

A mother of four children, Mrs. Glory Ogbewi, and her two-year-old son have been clubbed to death by yet to be Identified assailants at Ime-obi in Ika South Local Government Area of Delta State.

According to Ika Weekly newspaper, an Agbor-based local tablod, the deceased was sieving cassava for frying in her kitchen between 2pm and 3 pm when her assailants attacked her on Thursday, November 4, 2021,

Sources claimed that she was carrying her last child who was about two years old when her attackers hit her with a pestle and when she fell, the child who was on her back hit his head on a hard object and died in the process.

According the sources, the late Mrs. Ogbewi may have known her assailants hence; they made sure she died before leaving to prevent her from exposing them.

Neighbours wondered what deceased may have done to her killers to warrant her assassination.

Some residents who spoke to condemned the act, describing it as barbaric, they prayed for the hands of the law to catch up with those involved in the act.

As at the time of filing this report, the husband, a native of Aliren, in Alisimie community, who is a patent medicine dealer could not be reached for comment.

The Delta State Police Command was yet to officially react to incident at the time of the news report.