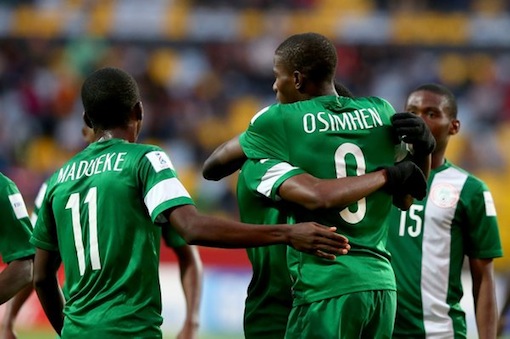 Victor Osimhen’s early goal was just good enough for Nigeria’s Super Eagles to secure a place in the playoffs next March for qualification for Qatar 2022 World Cup.

Although Cape Verde neutralised the goal seven minutes after, Osimhen strike had helped to put the Super Eagles at an early advantage to secure the much needed point and top Group C with 13 points.

But they came to Lagos, determined to upset Nigeria and qualify instead.

The Super Eagles had taken off magically with Victor Osimhen pairing with returnee Odion Ighalo.

An expected goal fiesta did not materialise as Cape Verde’s Stopira connected a corner kick in the seventh minute to beat a clay-footed Super Eagles defence.

For all their efforts, Cape Verde were not rewarded with another goal, as the match ended 1-1.

Nigeria will now look forward to joining nine other teams in the playoffs next March for a place at Qatar 2022.