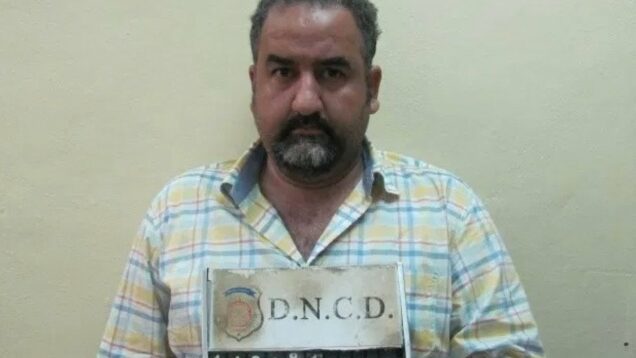 “I just had a phone conversation with the Turkish Minister, my friend Mevlut Cavusoglu, to thank Turkey for the arrest of Samir Handal, one of the persons of great interest in the investigation into the assassination of the president,” Joseph said on Twitter.

Turkish media reported on Tuesday that Handal, who was being sought with an Interpol Red Notice, was arrested at the Istanbul Airport by authorities as he was flying transit from the United States to Jordan.

The 53-year-old former businessman Moise, who took office in 2017, was shot dead at his private residence and his wife was wounded in the attack.

A group of Colombian mercenaries emerged as the main suspects though nobody has been charged or convicted in connection with the case.

In August the Haitian government offered nearly $100,000 in rewards for information leading to the capture of Handal and two other suspects in the slaying of Moïse.

“Rodolphe Jaar and Samir Handal are two important fugitives wanted by the police in connection with the assassination of the president,” according to a tweet by Justice Minister Rockfeller Vincent.

A reward of about $40,000, the equivalent of 4 million gourdes, is being offered to anyone whose tip leads to the capture of Jaar and Handal — or about $20,000.

Also wanted in the murder is former Judge Wendelle Coq-Thélot, who has been at the center of the probe since the start.

Officials issued a warrant for her arrest on murder and armed robbery charges on Jul. 25, according to court records and a Haitian National Police (PNH) search notice.

A reward of about $62,000, or 6 million gourdes, is available for Coq-Thélot capture, but she has yet to surface.

“These three individuals have played a active role in the assassination of president Moise,” Vincent said in a press conference on August 26.