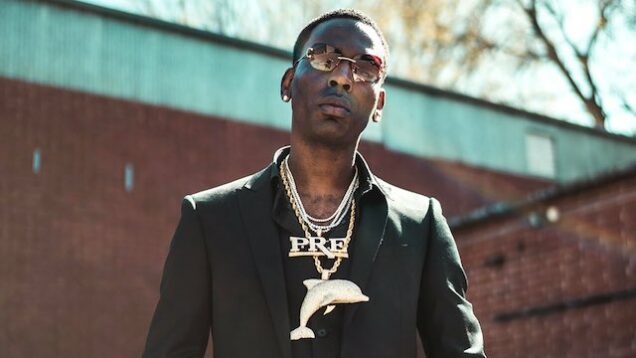 American rapper Young Dolph was shot dead by a lone gunman on Wednesday in Memphis Tennessee. He was 36.

His death evoked memories of the fatal shooting of rapper Nipsey Hussle in Los Angeles in March 2019.

Maurice Hill, the owner of Makeda’s, told the outlet that Young Dolph, who was best known for his feature on the 2015 O.T. Genasis hit “Cut It,” had entered his place of business to buy cookies.

A vehicle approached and someone fired the fatal shot.

The Memphis Police Department issued a statement asking for information on the shooter, without identifying the victim as Young Dolph.

“Officers are on the scene of a shooting at 2370 Airways. One male victim was located and was pronounced dead. No suspect info is available at this time.

‘The victim will be identified once the next of kin notification has been completed.

Young Dolph (né Adolph Robert Thornton Jr.) broke onto the scene in 2016 with his debut album King of Memphis.

In the ensuing years, he continued to churn out at least one album each year.