Afreximbank grants $1.04B loan to NNPC 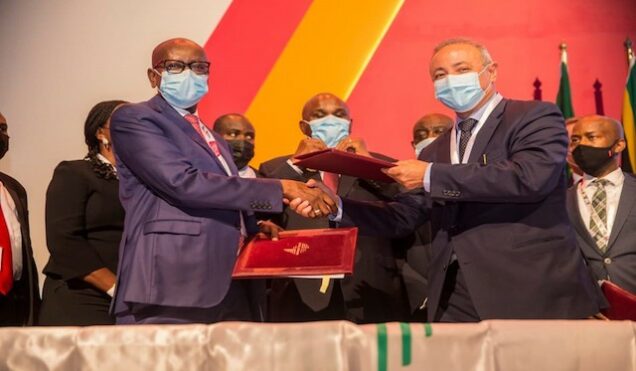 The NNPC has signed a $1.04 billion facility with the African Export-Import Bank (Afrexim) for petroleum exploration, the bank said in a statement on Wednesday.

The agreement was concluded 16 November in Durban during the second intra-Africa trade fair, which opened on 15 November and runs until 21 November.

The transaction comprises a Pre-Export/Shipment Finance Facility underpinned by a Forward Sale Agreement (FSA) and Offtake Contracts from the Nigerian National Petroleum Corporation acting as the Borrower and Seller.

The agreement is backed by oil cargoes, and under it NNPC will deliver 35,000 barrels per day (BPD) of crude oil, it said.

Nigeria, along with other petroleum producers, has struggled to find attractive exploration funding as lenders shift away from fossil fuels due to climate concerns.

“Stopping development for parts of Africa today to achieve a clean environment for the whole world tomorrow is utterly foolhardy,” Oramah said.

Nigeria recently overhauled the laws underpinning its petroleum sector for the first time in two decades, which it hopes will spur development of its oil and gas industries.

It has struggled to boost oil production in recent months, due in part to underinvestment, while developing its comparatively neglected gas sector is a top priority of President Muhammadu Buhari.

Nigeria relies on petroleum for 90% of its foreign exchange and roughly half its national budget.