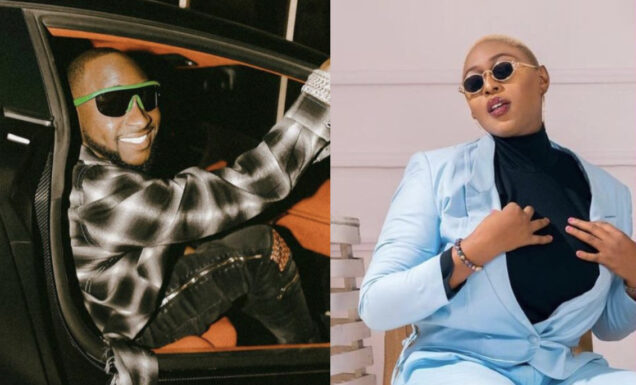 Her comment comes after Davido asked his friends and fans to donate N1m each to him for his birthday and to clear his Rolls Royce.

Davido, so far, has received more than N180million from his friends, colleagues and fans on social media after ‘jokingly’ tweeting that his loyal fans send him money.

The singer said that anyone who has listened to his hit song should send him cash, after which he posted his account details online.

She said; “I have always known Davido’s fans to be ignorant and unintelligent since 2016. So I am not surprised at your foolery,”

“I said what I said and you can all kill yourselves

“I no be billionaire but 1 metre na chicken change

“If you really rose by lifting others and you are asking for one meter publicly, then your boys are ungrateful. Make all of una lock up. Poor things

“Because say all of us they do music no mean say all of us be mate. E be like say una wan mad, Nigerians are so myopic, they think everything is about hate, yes let me hate, At least I’m not faking

“If you have to compel people to celebrate you, it means there is nothing to be celebrated”. 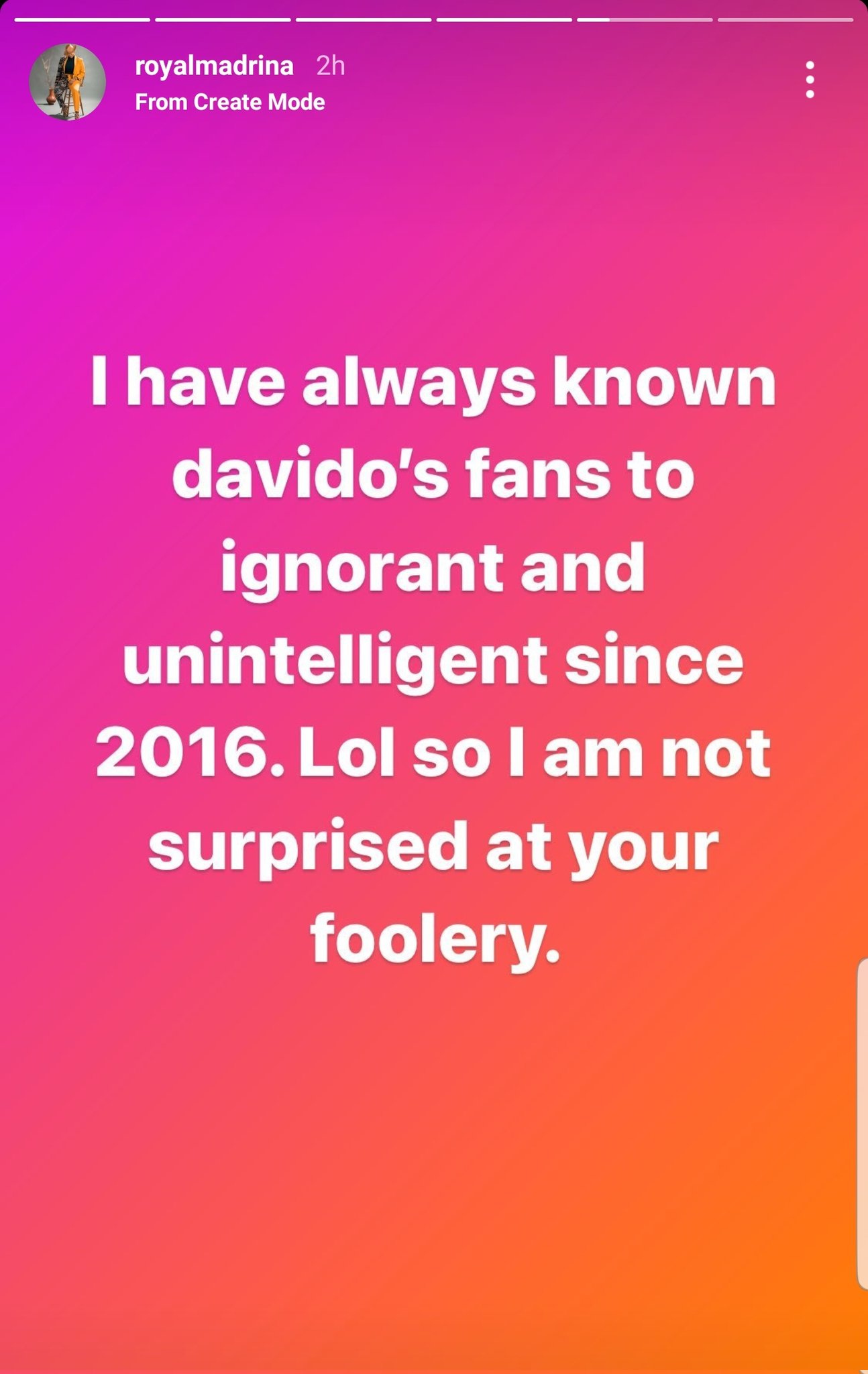 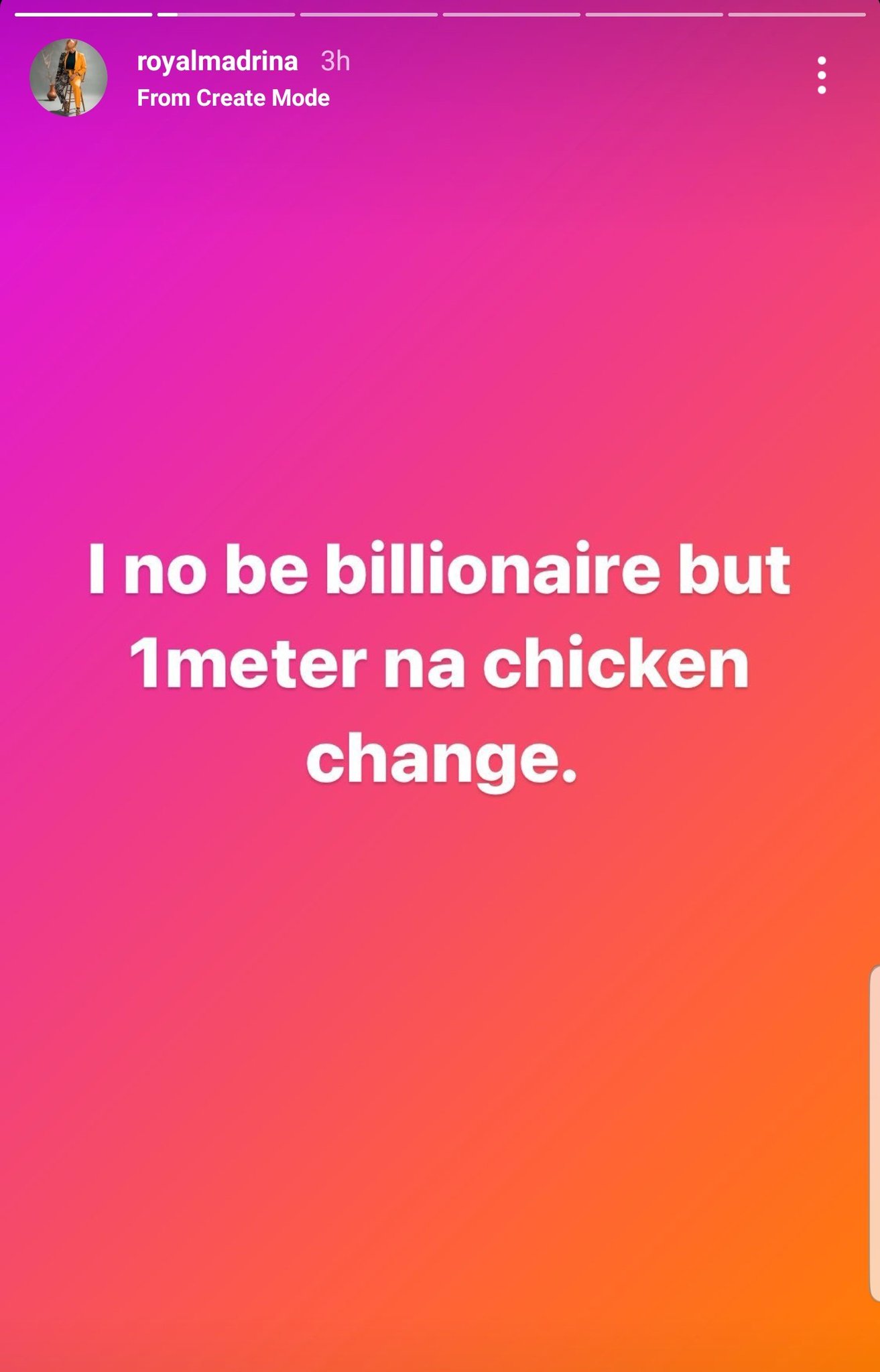 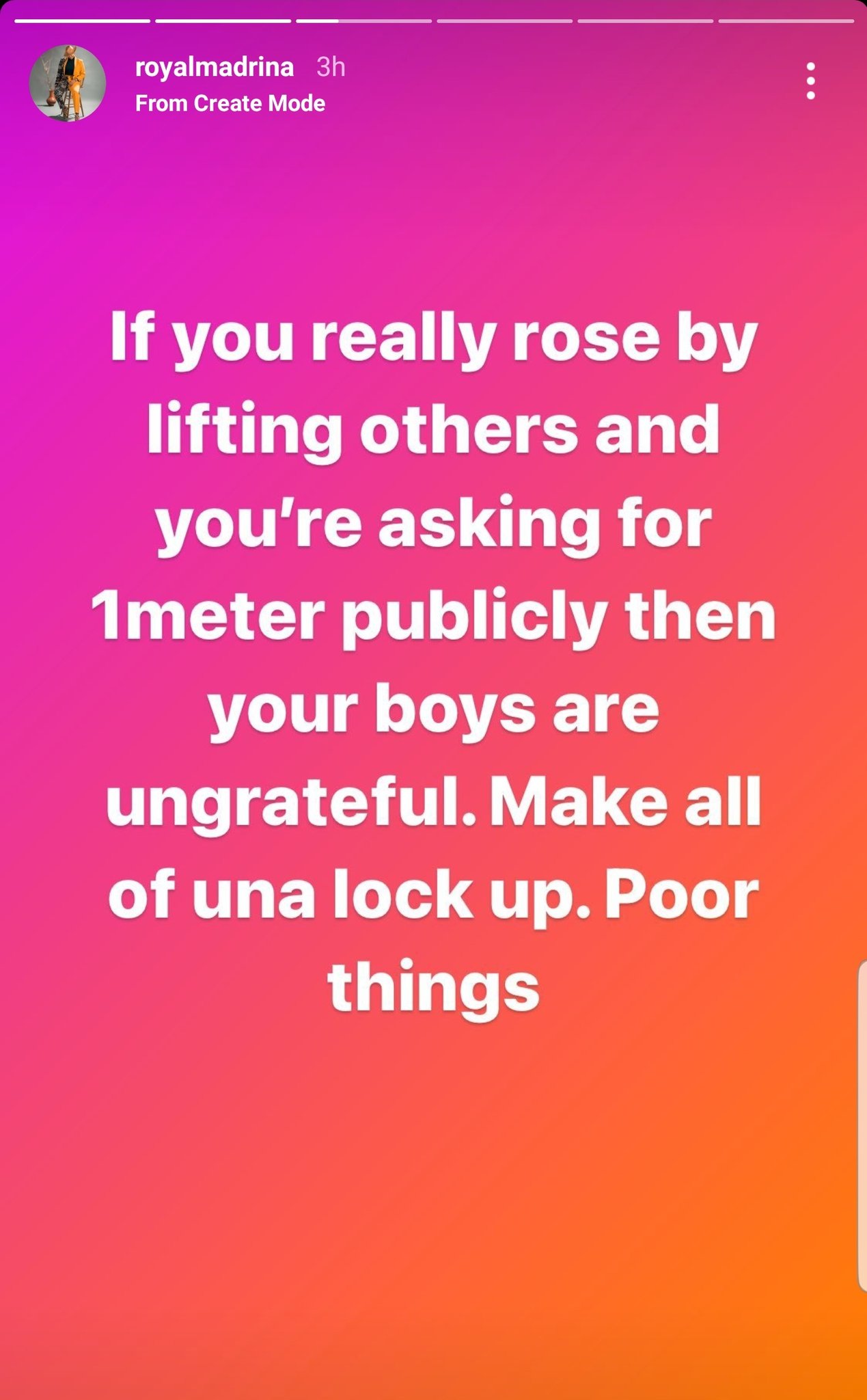 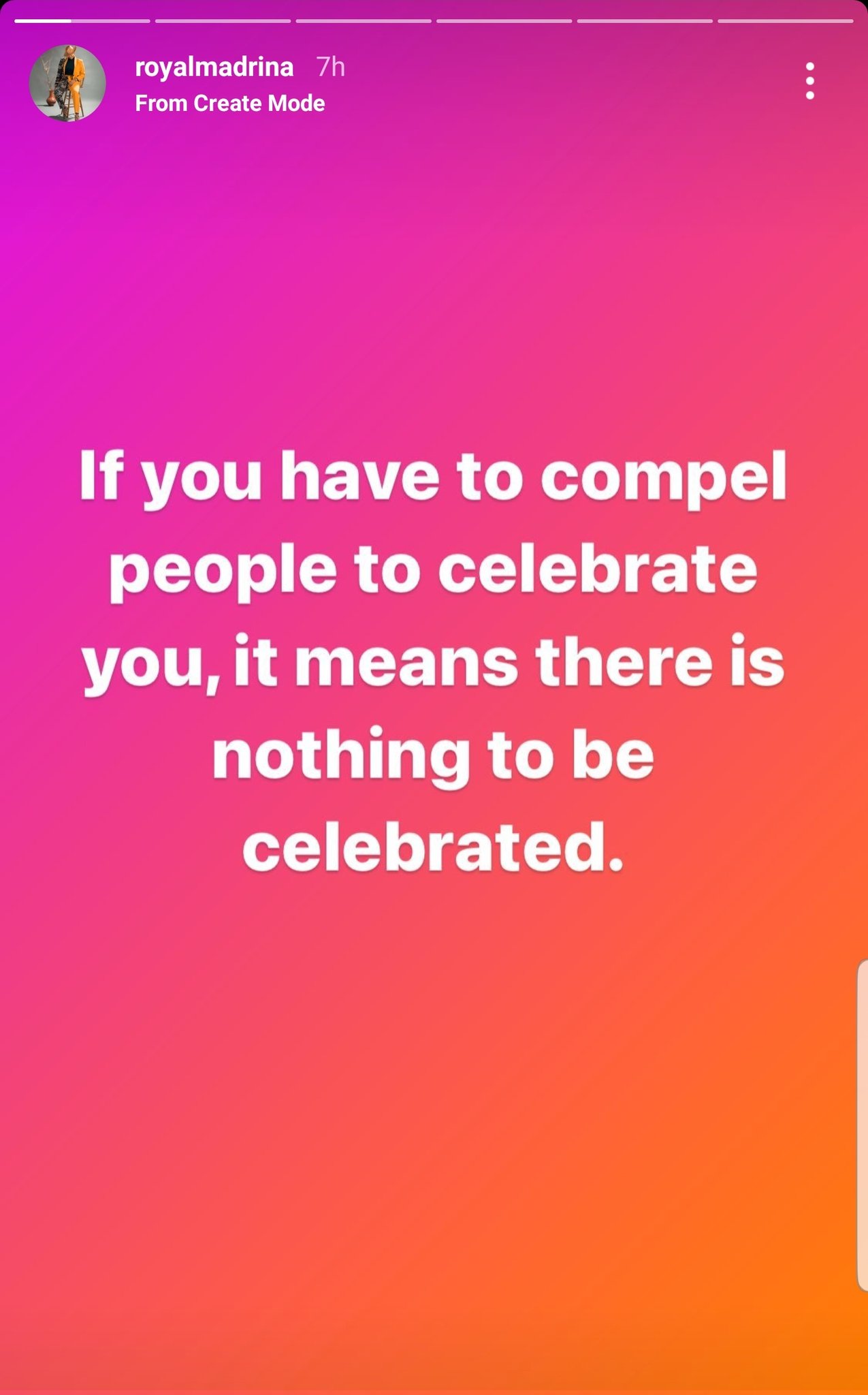