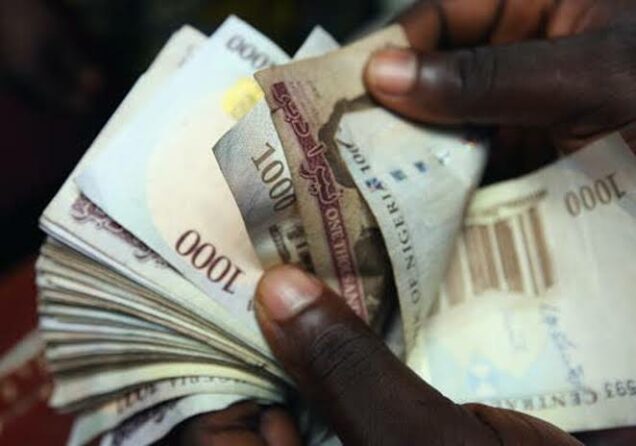 The Federal Government on Thursday began the payment of N1.8 billion to 58,963 households in Benue, under its Conditional Cash Transfer (CCT) programme.

The programme kicked off at Daudu, in Guma Local Government Area of the state.

The scheme, one of the Federal Government’s National Social Investment Programme, seeks to lift vulnerable citizens out of the poverty bracket.

Tarzaan said three local government areas were selected from each of the three senatorial districts of the state to benefit from the scheme.

He listed the local governments as Vandeikya, Ushongo and Konshisha in Zone A, Gwer West, Guma and Buruku in Zone B, and Ogbadibo, Ado and Oju in Zone C.

According to him, 4,686 households in Guma Local Government Area would receive N140.6 million, while the consultants effecting the payment would move to other senatorial zones for the payment expected to last 10 days.

He said the total amount for disbursement for the state amounted to more than 1.8 billion because of backlogs.

“For each cycle, we have six payments covering one year, but there were some backlogs which are included in this cycle.

“Usually, we pay bi-monthly for six times to cover one year, but because this payment has included the unpaid stipends the figure has increased,’’ he explained.

The CCT Desk Officer for Guma Local Government Area, Mr Emmanuel Ikpe, said Third Party Facilitators were around to monitor the payment to ensure it was hitch-free.

Mr Samuel Vaatsav, the CCT Facilitator for the local government area, expressed regret at the long distance beneficiaries covered on foot to access the money.

He appealed to the government to improve the security situation in the areas to facilitate the decentralisation of payment.

Some of the beneficiaries commended the Federal Government for the programme and described it as “people-oriented’’.

Mrs Mnguhenen Ali, a resident of Guma, said the money had helped her to expand her yam and rice farms and urged the government to sustain it.

She commended President Muhammadu Buhari for the initiative and said the people were proud of him.

Another beneficiary, Terdue Vaatsaa, also commended both Buhari and the programme coordinator for considering the less-privileged in the scheme.

He said what he received from the scheme had been of tremendous benefit to him and members of his household.

“I have used it to expand my small retail business; pay children’s school fees and increase the size of my farm,’’ he said.

He appealed for an upward review of the monthly allocation to enable beneficiaries to utilise it optimally.

Mr Aper Iorungwa of Hiryam village said the money had assisted in the training of his children in school and in buying household items.