Lawmaker Offor returns to PDP 2 months after defecting to APC 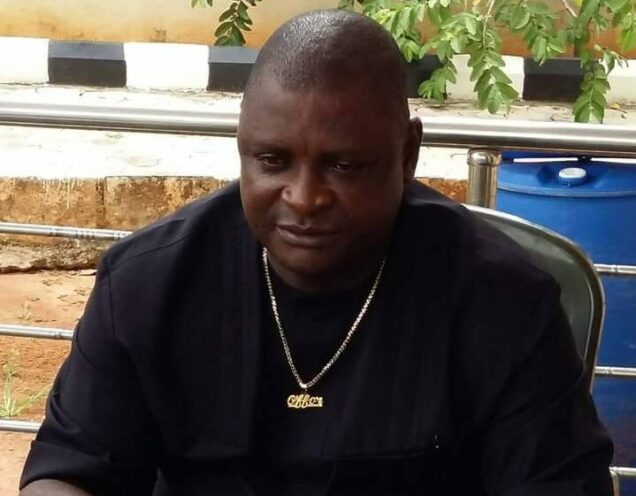 Offor, the Minority Leader of the House, who had defected to the All Progressives Congress (APC) on Oct.6, announced his return at plenary in Awka, on Thursday.

He said his decision followed wide consultation with constituents and stakeholders from his area.

“Two months ago, I announced my defection from PDP to APC on the floor of this House. I have tested the waters and realised that my former party PDP is better.

“So, I want to humbly inform this House that I’m going back to my party, the PDP,” he said.

“As a founding member of PDP, I know Offor well and he is a good friend too, though temptation drew him to APC.

“We are happy to welcome him back to PDP and we urge other members to come back home,” he said.

Also speaking, Mr Noble Igwe, representing Ogbaru I constituency, said “PDP would have won the just concluded governorship election in the state, if Onyebuchi Offor had not defected to APC.”

“Your defection to APC was a big blow to the PDP in Anambra. If you have not defected, PDP would have won the governorship election.

“But we welcome you back to PDP where you rightly belong,” he said.

Meanwhile, the Deputy Majority Leader, Mr Emeka Aforka, representing Orumba North constituency, also urged lawmakers who defected from the All Progressives Grand Alliance (APGA), to come back to the party.

“APGA is the winning party in Anambra and home to all. I urge Honourable members who left APGA to emulate Offor and come back home,” Aforka said.

The Speaker of the House, Mr Uche Okafor, who said it was the constitutional right of the lawmaker to defect from one political party to another, wished Offor well in his political career.

Also at plenary, the House called for intensified sensitisation in the state on the dangers of consuming

The House adjourned til Dec. 7 for plenary. (NAN