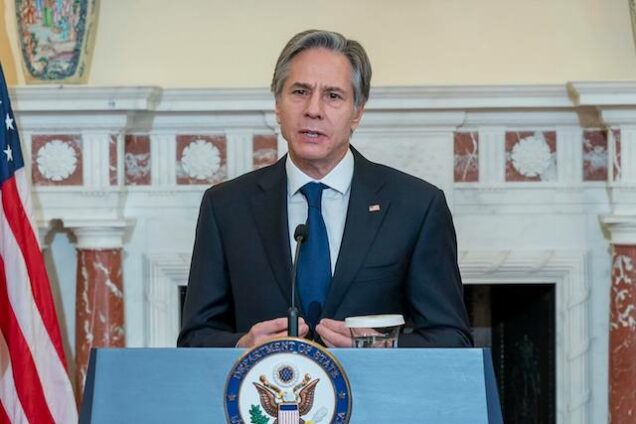 On arrival in Abuja on his Africa tour, US Secretary of State Blinken drives on a road built by Germans, named for an American, from a new airport built by Chinese.

This is just a microcosm of the challenges of US Africa engagement. And this was before the miasma of the Trump era.

Aside from the erratic, bellicose, personalized and vindictive character of the Trump presidency of third worldian proportions, gravely undermining America’s iconic brand, the George Floyd fiasco was a huge American unraveler.

Then there is the January 6th insurrection that claimed lives as the US Capitol was breached by Trumpists. Today there are more Americans in jail for political violence than in Kenya whose leaders were unsuccessfully hauled to the International Criminal Court for violence.

This is a difficult time for any US diplomat to pontificate globally about respecting elections and human rights, much less Antony Blinken.

If his recently deceased and generally revered predecessor Gen. Colin Powell will forever be associated with pushing failed intelligence on starting the Iraqi war, then Blinken arguably will be historically wedded with faulty intelligence on ending the twin Afghan war.

The USA’s decision not to designate Nigeria as a Country of Particular Concern for egregious religious freedom violations goes against the facts and the reality that most Nigerians know and is a return to the regrettable Obama era, I had dubbed as, “see no evil, hear no evil and say ‘no evil’”.

Sacrificing religious minorities on the altar of appeasement is a travesty of the highest order given that America itself was born in the quest for religious freedom.

If slavery was America’s original sin (or as former Secretary Condoleeza Rice put it “birth mark) then religious freedom is America’s “original gene.”

Denying the reality of religious persecution is a denial of the very essence and foundational DNA of America’s genesis.

Sadly, Secretary Blinken has apparently learnt nothing from his flawed assessment of the Afghanistan implosion even as Nigeria becomes the next frontier of global jihad with the tacit omission and commission of the Nigerian regime.

Blinken is the new Secretary Hillary Clinton who refused to recognize Boko Haram as a Foreign Terrorist Organization despite my 75-page brief to her.

Ironically we obtained that FTO designation as I testified in the US Congress, 8 years ago this week, alongside a Boko Haram survivor after US Congressman visited Nigeria and sponsored a bill to that effect.

What a sorry repeat of a historic blunder. We will spend years again trying to convince the Democratic administration of basic truths and by then greater harm would have been done.

When we noticed that President Biden appointed more of the post-FTO officials than the anti-FTO officials from the Obama administration, it gave hope that there would be fair mindedness in play.

Blinken has lost the battle before he even landed at Abuja airport or rode on Bill Clinton drive by firing a shot in his own foot.

My phone buzzed as Nigerians expressed outrage and disappointment. In their minds, he’s just another truth-challenged politician but the prevalent sentiment is, “well, this is what the Democratic party does.”

In sum, nothing undermines Blinken’s credibility – not Trump or Afghanistan – as the damage done by this patently false position he has adopted on religious freedom in Nigeria.

And that will be a burden he will have to bear.