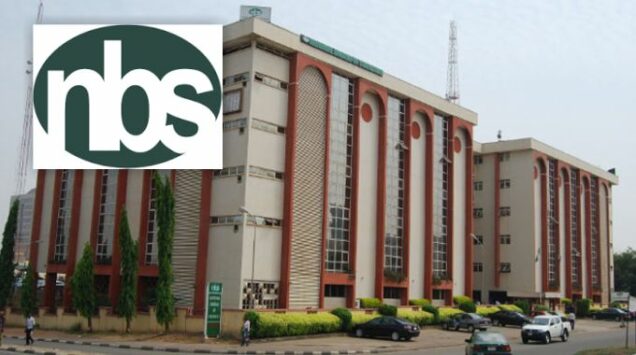 Mr Simon Harry, the Statistician-General of the Federation and Head of the National Bureau of Statistics, has declared that the nation’s economy grew by 4.03 per cent in the Third Quarter of 2021.

He made the announcement on Thursday in Abuja at a media conference on the present state of the nation’s Gross Domestic Product (GDP).

Harry explained that the negative GDP figures recorded in 2020 as a result of the COVID-19 pandemic had serious base effects on the GDP figures for quarters two and three of 2021.

“You will recall that the contraction of quarters two and three of 2020 has resulted to positive growth as recorded consecutively for the last three-quarters of quarter four, 2020 with 0.11 per cent, quarter one, 2021 with 0.51 per cent and quarter two, 2021 with 5.01 per cent.

“This base effects continued to quarter three of 2021 recording a growth of 4.03 per cent.”

He stated that the improvement being seen in the output growth over the last four quarters depicts a steady progress made in stemming the Covid-19 pandemic and the associated negative impact on livelihood, well-being and the economy.

He said, “Globally, many countries have witnessed an improvement in economic performances compared to 2020 when Covid-19 was endemic.

“Thus, economic recovery is a gradual process that requires consistent collective efforts to improve economic activities across the institutional sectors.

“However, in Nigeria, the prospect of full recovery is glaring provided the current trend of improved economic performance is sustained in the rest of the year and beyond.

The overview of the report noted that aggregate GDP stood at N45.113 trillion in nominal term, a performance higher when compared with the third quarter of 2020, which recorded aggregate GDP of N39.089 trillion, indicating a year-on-year nominal growth rate of 15.41 per cent.

It classified the Nigerian economy into the oil and non-oil sectors.

For the oil sector, the report said that the nation, in the third quarter of 2021 recorded an average daily oil production of 1.57 million barrels per day (mbpd).

It also said that real growth of the oil sector was –10.73 per cent (year-on-year) in quarter three 2021, indicating an increase by 3.16 per cent relative to the rate recorded in the corresponding quarter of 2020.

It added that the oil sector contributed 7.49 per cent to total real GDP in the quarter, down from figures recorded in the corresponding period of 2020 and up compared to the preceding quarter, where it contributed 8.73 per cent and 7.42 per cent respectively.

For the non-oil sector, the NBS said that it grew by 5.44 per cent in real terms during the reference quarter, higher by 7.95 per cent compared to the rate recorded in the same quarter of 2020 and 1.30 per cent lower than the second quarter of 2021.

“This sector was driven in third quarter 2021 mainly by trade, Information and Communication (Telecommunication), other drivers include financial and insurance (financial institutions) and manufacturing (food, beverage and tobacco).

It said, “Others are agriculture (crop production) and transportation and storage (road transport), accounting for positive GDP growth.

GDP helps to determine the structure and dynamics of an economy, which by implication measures the performance of the economy within a given period of time.