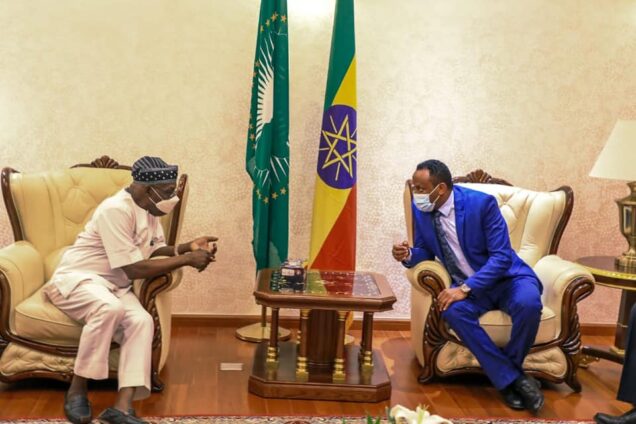 The two diplomats said they want the Ethiopian government and rebellious Tigrayan forces and their allies to declare an unconditional ceasefire and access for humanitarian aid to all areas in northern Ethiopia affected by the war.

Around 400,000 people in the northern region of Tigray are believed to be living in famine conditions and only a tiny trickle of aid has entered there for months.

Widespread hunger is also reported in the neighbouring regions of Amhara and Afar.

Conflict erupted a year ago between the Tigray People’s Liberation Front (TPLF), which used to dominate Ethiopian politics, and the federal government.

TPLF leaders want Abiy to step down, and the government to permit humanitarian aid into Tigray.

The government says Tigrayan forces must withdraw from territory they have captured in neighbouring regions.

The TPLF have publicly speculated that Tigrayan forces might march south on the capital Addis Ababa, but more intense fighting has been reported in their push east a bid to capture the main transport corridor linking the landlocked nation to the region’s main port, Djibouti.

“Obasanjo “went to Tigray, he came to Addis, he went to neighbouring countries as well.

“He went to the U.S. … he’s investigating, he’s talking to different partners,” Dina told a news conference on Thursday.

The two diplomats should provide a public update next week, Dina said.