Promoting musical shows is all about money - Olofin Sniper 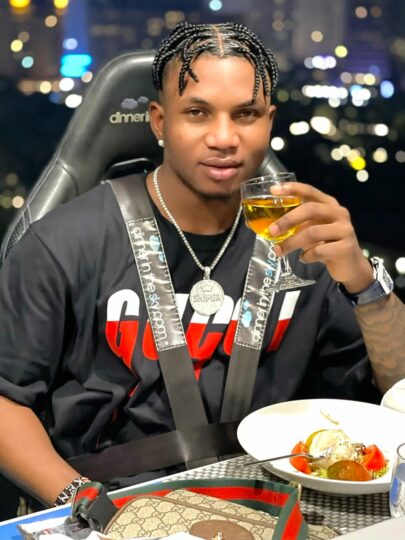 The Founder and Chief Executive Officer of Sniper Entertainment, Olofinjana Ademola better known as Olofin Sniper in the entertainment circles has identified money as the basic ingredient in putting together an event or promoting musical shows.

While he admitted there are a lot of other factors that come into play to stage a successful show, he maintains that money is the biggest factor, before and after the event.

“To organise a musical show involves many things but the major thing is money. I’m talking before and after the show. Show promotion is also a business and in any business the primary assignment is profit , so if there is no profit that means he or she is at loss, so in a nutshell, the fear is always about putting up money for the organisation and not losing out after the show,” he said.

“Apart from money, organising a show entails a lot. For a meaningful and colorful event you need a good sum of money that will stand as capital to provide the necessary things needed at the event, like artists, good and quality sounds, drinks, food and a good location,” he stated.

Olofin Sniper has not only established himself as a show promoter and record label owner of note, he also organises foreign tours for artists as part of his package, working mostly with many known and upcoming artistes.

“My first musical tour experience was very cool and it was an upcoming artist named Harteez. After taking him to Dubai for a musical tour I had a record label deal with him. My life as a show promoter has been amazing and of course rewarding. Any venture that does not benefit you financially is a loss but this journey has been good although not without some ups and downs. Generally, life has been good and I can’t complain,” he stated.

Olofin Sniper has been in the entertainment business since 2015 when he was in school but went professional as a business in 2018 when he decided to formalize his passion by registering his company with the Corporate Affairs Commission. Sniper Entertainment was the result and it has since entrenched itself as force majeure in the entertainment space.

Since he started his profile has grown taking artists to UAE, Kenya, Europe and other African countries, selling the Nigerian music brands.

He has taken the likes of Mohbad, DJ 4kerty, Dotman, Barry Jhay to Dubai on different occasions and shows to Dubai.

He has also engaged in musical tours with the likes of Ayanfe Viral, the first artist he signed under his Sniper Entertainment. Recently, he hosted a tour to Russia tagged “Sniper and Friends” during Euro 2020. He recently also hosted a Fuji show with Taye Currency.

He currently has two clubs; Enish African Restaurant Lounge & Bar and The Club Lounge he promotes weekly on Wednesdays and Sundays respectively.