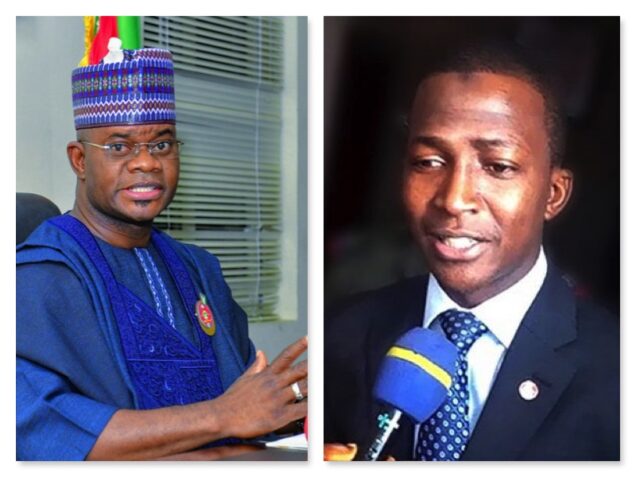 The Kogi government has made a swift response to the statement by the EFCC accusing it of misleading Nigerians over the N19.3B lodged with Sterling Bank.

In a statement released in Lagos, the Commissioner for Information and Communications in Kogi State, Kingsley Fanwo, again denied the money belonged to the state.

He mocked the EFCC for attempting to stick the suspicious account to Kogi government, instead of admitting its error.

“The press statement by the Commission is a malicious attempt to rope the state into a matter that ordinarily has nothing to do with our dear state,” he said.

“We maintain the unassailable truth that the Kogi State Government did not operate such account with the bank as affirmed in a letter by the bank.

“We sympathize with the EFCC as it has been a herculean task to cover the initial misinformation and deliberate deceit by the Commission.

“Kogites and indeed, Nigerians should rest assured that we will get to the root of this matter,” he added.

Fanwo accused the EFCC of an attempt “to desperately wriggle out of a bad case with another mischief aimed, again, at misleading Nigerians.”

It vowed that it would take legal action to maintain the “innocence and transparency” of the government.

It said the EFCC had finally exposed the fact that it had been pursuing a political agenda all along.

He said the Government would prepare a comprehensive response to the moves by the Commission “to save its face in view of its obvious goof and unethical conduct in the matter in dispute.”

The EFCC in a statement by its spokesman Wilson Uwujaren insisted that the Yahaya Bello government in Kogi kept N19.3 billion hidden in an account at Sterling Bank and chided it to stop lying about it.

Uwujaren said the Central Bank of Nigeria has already acknowledged the receipt of of N19.3 billion recovered by the agency from the Kogi State Salary Bail-out account domiciled in Sterling Bank Plc.

“This effectively puts to rest the campaign of misinformation and unconscionable denials by the Kogi State Government that no fund was recovered from its bail out account”, Uwujaren said.

The apex bank in a letter referenced, DFD/DIR/CON/EXT/01/099 and dated 9th November, 2021 informed the Executive Chairman, EFCC, Abdulrasheed Bawa that it has received the money.

He said the transfer has put paid to any further controversy regarding source and ownership of the funds and most importantly, aborted the funds dissipation.