Biden hands over power to Harris, retrieves it 85 minutes after 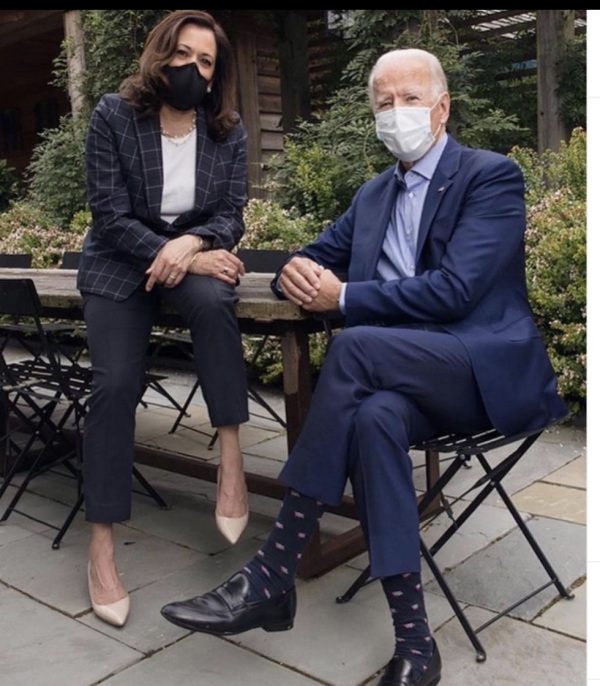 U.S. President Joe Biden has resumed his presidential duties after temporarily transferring power to Vice President Kamala Harris for 85 minutes, while he underwent anesthesia for a colonoscopy on Friday.

White House spokeswoman Jen Psaki said Vice President Kamala Harris was in charge of the country for the brief period on Friday, making history as the first woman to act as U.S. President.

Biden’s colonoscopy was part of his annual physical examination.

Biden reliquished power at 10:10 a.m. Washington time, leaving Harris in charge of the country for one hour and 25 minutes.

He took power back at 11:35 a.m., after speaking with Harris and White House chief of staff Ron Klain.

‘[email protected] spoke with @VP and @WHCOS at approximately 11:35am this morning. @POTUS was in good spirits and at that time resumed his duties. He will remain at Walter Reed as he completes the rest of his routine physical,’ White House press secretary Jen Psaki wrote on Twitter.

The White House said Harris worked out of her office in the West Wing, meaning she was not in the Oval Office as she assumes presidential power.

Harris, the first female and first black vice presidential, has now added to her strings of milestones, making history for holding presidential power.

The Centers for Disease Control and Prevention recommends regular screenings for colon cancer starting at age 45. A colonoscopy can last about an hour.

George W. Bush was the last president to undergo a colonoscopy with anesthesia while in office. And he transferred power to then Vice President Cheney in both 2002 and 2007 when he under went the procedure.

Biden’s motorcade arrived at Walter Reed Military Center at 8:51 a.m. EDT on Friday morning, where he was to undergo his first physical as president.

It comes the day before his 79th birthday. Biden, wearing a face mask, waved as he went inside.

Psaki announced early Friday morning that Biden would be examined, adding later he ‘will undergo a routine colonoscopy.’

‘As was the case when President George W. Bush had the same procedure in 2002 and 2007, and following the process set out in the Constitution, President Biden will transfer power to the Vice President for the brief period of time when he is under anesthesia. The Vice President will work from her office in the West Wing during this time,’ Psaki said.

The White House will publicly release a written summary of the Biden’s physical later Friday afternoon, she noted.

As required by the U.S. Constitution, Biden signed a letter to the president pro tempore of the Senate and the speaker of the House of Representatives saying he is unable to discharge his duties while under anesthesia and designated Harris as successor.

Biden will send them another letter upon the conclusion of the procedure, noting he has resumed his duties of office.

The White House released copies of the letters to Senator Patrick Leahy and Speaker Nancy Pelosi, where the president relinquished power and then took it back.

Biden wrote to the leaders he was undergoing a ‘routine medical procedure requiring sedation. In view of present circumstances, I have determined to transfer temporarily the power and duties of the office of President of the United States to the Vice President during the brief period of the procedure and recovery.’