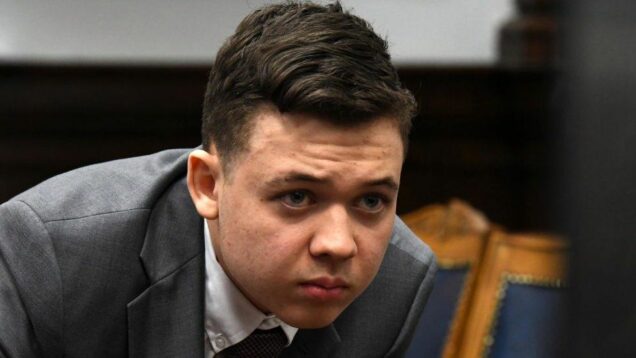 After three and half days of deliberation, the jury in the murder trial of Kyle Rittenhouse, has retuned a verdict of not guilty.

The jury acquitted him of all charges of murder — a case that has become a flashpoint in the debate in the U.S. over guns, protests, vigilantism, and law and order.

Rittenhouse, an 18-year-old from Antioch, Illinois, had faced life in prison if convicted of the most serious charge against him over the August 2020 fatal shootings of two men and the wounding of a third in Kenosha, Wisconsin.

Jurors listened to two weeks of duelling portrayals of Rittenhouse.

Prosecutors said he was a “wannabe soldier” who brought a semi-automatic rifle to a racial justice protest and instigated the bloodshed.

The defense said he acted in self-defense and in anticipation of a possible guilty verdict filed a motion Wednesday claiming mistrial.

Rittenhouse shot and killed Joseph Rosenbaum, 36, and Anthony Huber, 26, and fired a bullet that tore a chunk off the arm of Gaige Grosskreutz, 28. Rittenhouse claimed self defense.

The verdict was greeted with outrage by many on the political left and celebrated by gun rights supporters.

“It is unconscionable our justice system would allow an armed vigilante … to go free,” the Congressional Black Caucus said in a statement.

U.S. congressman Madison Cawthorn, a Republican representative from North Carolina, said on Instagram: “Kyle Rittenhouse is not guilty my friends. You have a right to defend yourselves. Be armed, be dangerous and be moral.”

In reaching their verdicts after more than three days of deliberations, the jury contended with duelling narratives from the defense and prosecution that offered vastly different portrayals of the teenager’s actions on the night of the shootings.

The defense argued that Rittenhouse had been repeatedly attacked and had shot the men in fear for his life. They said he was a civic-minded teenager who had been in Kenosha to protect private property after several nights of unrest in the city south of Milwaukee.

The unrest followed the police shooting of a Black man named Jacob Blake, who was left paralyzed from the waist down.