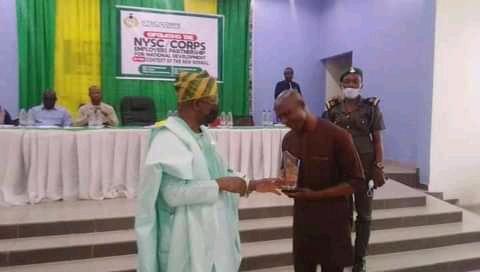 Brig-Gen Shuaibu Ibrahim, the Director-General of the National Youth Service Corps(NYSC) has asked employers of corp members to take ensure their security and welfare.

Ibrahim gave the charge during the flag off ceremony of 2021 edition of the Corps-employers workshop in Port Harcourt.

The DG who was represented by Mr Benjamin Omotade, the Director of Corps Welfare and Health Services at NYSC Abuja said that employers of corp members are partners in progress with the NYSC scheme.

He stated that employers of corp members in all the 36 state of the country are their immediate parents as long as they have been posted to serve in their organisation.

“When we post corp members to different states, we expect the employers and stakeholders of organisations to play parental roles to them as they do to their biological children, it is the responsibility of the employers to take care of their welfare and safety while the are serving ,”he said.

Furthermore, he urged employers not add to some of the shortcomings of Corps members like rejection of corp members posted to their establishments, aiding corp members to manage their rejection, delay in issuance of their monthly clearance, among others.

He also explained some of the expected roles of the employers during the phases of service year, as supporting the advocacy for transit camps and Corps lodges in all the 774 local government areas in the country.

He stated that employers should not approve leaves/journeys to corp members nor approval of journey outside the country except with the approval of the Director General of the service corp.

Similarly, Mr George Mfongang, the NYSC Cordinator in Rivers stated that the focus of the workshop is the welfare of corp members and how to mobilize them for the improvement of the socio-economic development of Rivers State and the National in general.

Mfongang stated that the corp members would perform optimally in the discharge of their duties if they are adequately motivated.

He explained that though Rivers State is a very hospitable state of corp members, but more needs to be done by employers as part of their sacred obligation to create a conducive environment for their corpers who render selfless services to their country.

Highlight of the occasion was the award of excellence presented the Governor Nyesom Wike,the Executive Chairman of Tai Local Government Area, Sir Mbakpone Okpe and others.

Okpe bagged an Award of Excellence from the NYSC in recognition of his numerous support for the scheme in Rivers State.

Sir Mbakpone Okpe has within 100 days in office donated food items to feed Corp members in the NYSC Orientation Camp, Laptop, money etc. to support NYSC in the State.

In his remarks,he thanked the NYSC and reiterated his commitment to support NYSC and every Corp member posted to serve in Tai Local Government.

Okpe further said that Tai Local Government Area in Rivers stakeholders in the area have been very supportive to the NYSC scheme in the state both in security and welfare.

Okpe stated that NYSC scheme had played a vital role in the area, saying that the activities of the corp members had benefited the communities in the areas of health, education and community development.

He assured that his administration will continue to support the scheme in welfare and security of the corp members in the area.