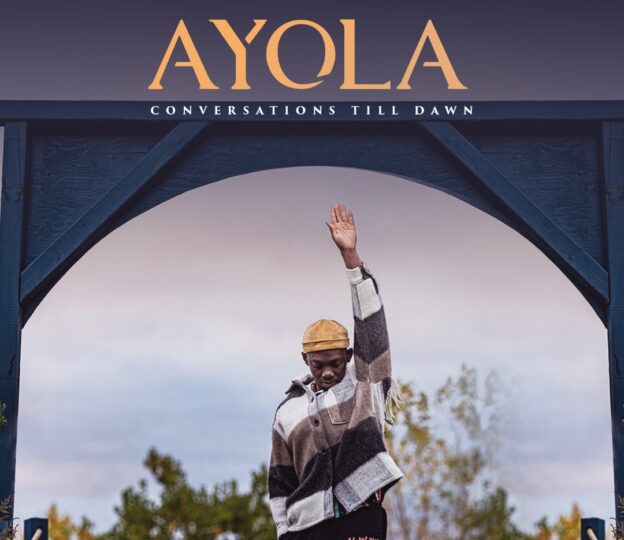 Conversation Till Dawn by Ayola

According to the singer, the new project will drop on the 26th of November, 2021.

Ayola wrote, “My debut studio album “Conversations Till Dawn” drops next week Friday, 26th of November, 2021. I worked on the project for the better part of this year and I am excited to share it with you.

“Thanks to everyone who’s helped shape the experience. 🌻🌻🌻Watch out for further details,” he added.

The upcoming album is a follow-up to his debut cinematic EP Scum, an Afrosoul sanctuary of emotional wisdom and a frank approach to modern relationship drama.

This is the first project from the singer who recently moved to Montreal, Canada’s Québec province after departing with Soul City Music Co-op, an artist-owned music label based in Windsor, Ontario where he released his EP.

Scum EP was released on all major streaming platforms on 20th November 2020 after its first release date was cancelled amid the #EndSARS crisis.

Blending his Nigerian roots with a Western pop sensibility, the EP consists of 6 tracks.

Ayola described the project as an Afrosoul sanctuary of emotional wisdom and a frank approach to modern relationship drama.