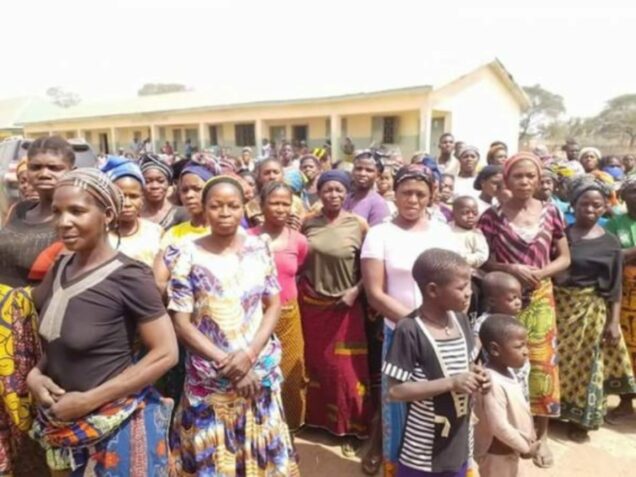 Internally Displaced Persons (IDPs) at Daudu 1 and Ukpam camps of Benue have appealed to the United Nation’s Children’s Fund (UNICEF) and Governor Samuel Ortom led state government to help them to return to their ancestral homes.

A cross section of the displaced persons at both camps, told the News Agency of Nigeria (NAN) on Saturday at Daudu and Ukpam that they are tired of living in total dependency.

They, however, commended the government, donor agencies and all organisations that were supporting their stay at the camps, but insisted “life at home is better”.

Mrs Alice Nyitor, a 60-year-old mother of nine children, said she came to the camp in 2018 and has since lived there with all her children, the youngest being 20 years old.

“I am begging UNICEF to appeal to the government to help us return home, we are tired of staying here.

“We need to return to our farming activities; commodity prices have gone up, yet we are here living at the mercy of others when we can actually decide things for ourselves,” she lamented.

On his part, Moses Nyiutsa, who also said he lived in the camp for four years, appealed to the government and UNICEF for quick intervention to enable them return home.

He said “right now, four of my children are out of school for want of money to settle school fees.

“If I am out of here and carrying out my farming activities, they would never have been in this situation,” he lamented.

Mr Adaka Njuul of Torkula village, another resident in the camp since 2018, said he had been looking forward to the day of his return.

He said the tent where they lived is small and very hot and small to accommodate a whole family.

“Sometimes, it is difficult to sleep at night as the place is too small and too hot. Yet, we are managing to stay there and have sexual relations with our wives. You cant cheat nature,” he said.

Other IDPs, interacting with the UNICEF chief, complained of poor basic facilities at the camp.

Some of the WASH Com volunteers at the camp, who are also IDPs, complained of the lack of toiletries, hand gloves, shovels and barrows for general cleaning of the camp.

Conteh, while reacting to their demands, urged them to do their best in keeping the place clean and protecting the facilities.

He said UNICEF would continue to support the sanitation, health and educational needs of the camp. (NAN)