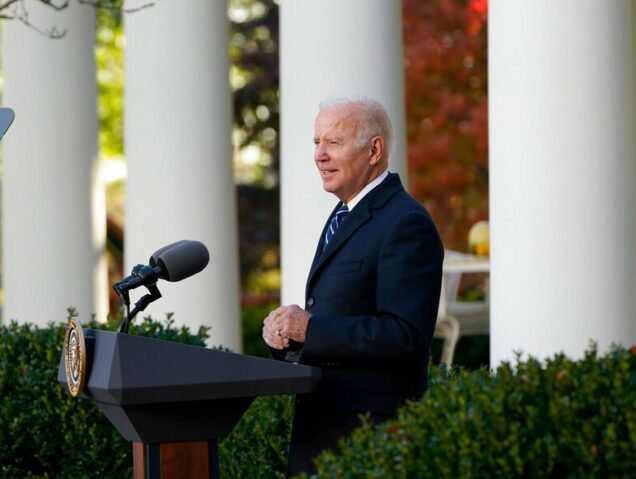 U.S. President Joe Biden will hold a meeting with leaders from Africa in 2022, the second in eight years, a White House statement said.

A date for the meeting has not been set but the White House said details are forthcoming.

The first summit was hosted by President Barack Obama in 2014.

Many African leaders such as Muhammadu Buhari of Nigeria, Cyril Ramaphosa of South Africa are expected to attend the planned summit.

US Secretary of State Antony Blinken previewed the summit during a Friday speech to the Economic Community of West Africa on his multi-day trip to the continent.

“As a sign of our commitment to our partnerships across the continent, President Biden intends to host the US-Africa Leaders Summit to drive the kind of high-level diplomacy and engagement that can transform relationships and make effective co-operation possible,” he said.

The meeting will focus on building global partnerships and alliances, the White House said in the statement on Friday.

“As part of the Biden Administration’s commitment to revitalizing global partnerships and alliances, President Biden will convene leaders from across the African continent for the second U.S. – Africa Leaders Summit next year,” it said.

The summit will focus on strengthening relations with African partners based on principles of mutual respect and shared interests and values, it added.

“It will also serve as an opportunity to listen to and collaborate with African counterparts on key areas the United States and Africa define as critical for the future of the continent and our global community,” read the statement.

The first summit, held in Washington D.C. in August 2014, was the largest event any American president has held with African heads of state and government, following former President Barack Obama’s trip to Africa in 2013.

The three-day summit was attended by leaders from 50 states of Africa, which focused on trade, investment and security of the continent.