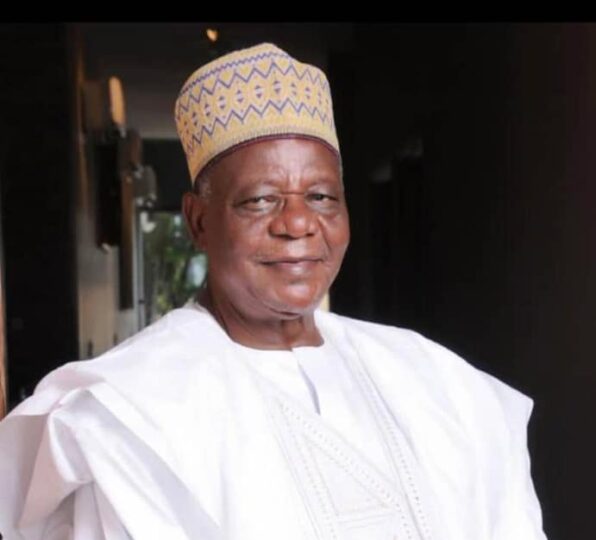 President Muhammadu Buhari has expressed deep sorrow over the death of the Chairman of the Plateau State All Progressives Congress (APC) Elders Council, Captain Joseph Din.

He said Din will not only be missed by him, but missed also by his family and the government and people of Plateau State whom he loved so much and served with all his energy.

The President, who sent a strong delegation to the burial, which took place on Saturday in Jos, said Captain Din, with whom he had served in the same unit in the army as a young officer will be missed as a friend and political ally.

In a letter to the widow, Mrs. Christiana Din which was signed by him and read in Church by the leader of the delegation, Dame Pauline Tallen, Minister of Women Affairs and Social Development, President Buhari said the late Captain Din “was a trusted and very reliable friend.”

He said Din was a broad-minded patriot whose approach to national issues was most practical and worthy of emulation. He was equally a peace-loving man.

“I also commiserate with the Plateau State Government and the All Progressives Congress family in the State on the demise of the Chairman of the party’s Elders Advisory Council”.

Buhari said he believed that Din’s wise counsel would be sorely missed, especially at this time.

“Since his retirement, my late friend has conducted himself very well in business and politics as a man of peace, contributing tremendously to the relative tranquility enjoyed in the Plateau.

“As I condole with you and members of the family, I urge you to take solace in the good works that the late Captain left behind and remain strong and pray that Almighty God will repose his soul.”