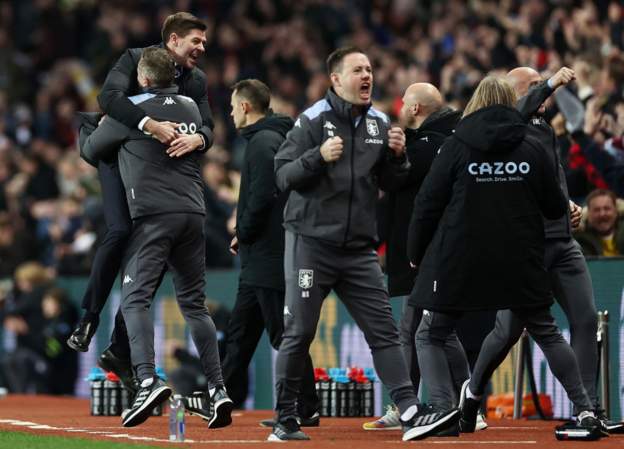 Aston Villa’s Manager, Steven Gerrard is elated after winning his debut match for the club against Brighton on Saturday.

Villa rallied round for a 2-0 victory against a strong Brighton side.

The match was heading for a draw when Villa struck on 84 minutes through Ollie Watkins.

Watkins received the ball after a swift counter attack. Still with some work to do, he wove his way through the defence to score a wonderful goal from close range to make it 1-0.

Five minutes later, Tyrone Mings slotted the ball into an unguarded net from close range after a shot rebounds off a defender to make it 2-0.

Earlier, Matty Cash escaped his marker to meet a cross and headed to the middle of the goal, but the keeper pulled off an excellent reflex save to deny him.

On 31 minutes, Leandro Trossard (Brighton) volleyed the ball towards the left side of the goal, but the goalkeeper denied his shot by pulling off a wonderful save.