Ruthless Chelsea maul Leicester to hold on to top position 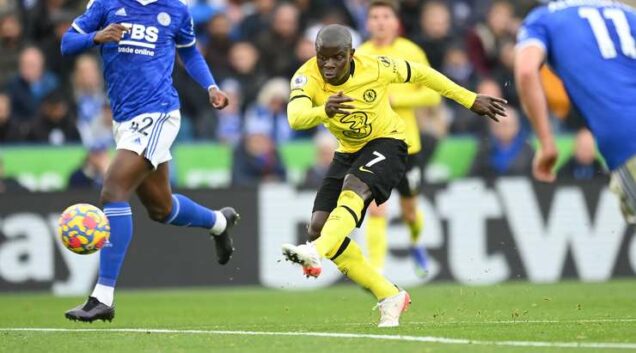 Chelsea demolished Leicester City 3-0 away from home on Saturday to hold on to top spot in English Premier League.

The visitors overwhelmed the homers, getting their first goal on 14 minutes through  Antonio Rudiger.

Ben Chilwell who took over corner duties, sent one in and Rudiger got his head on the ball from the corner and put it into the left side of the net.

N’Golo Kante doubled Chelsea’s lead on 28 minutes, weaving his way past opponents, and unleashed a magnificent effort from the edge of the box inside the right post. Kasper Schmeichel had no chance of reaching it.

Chelsea got their third goal from a superb team play.

Christian Pulisic latched on to a perfect pass and fired an excellent low shot inside the right post.

On 82 minutes, James Maddison found himself in space on the edge of the box and smashed a glorious looking effort towards the right side of the goal, but Edouard Mendy thwarted him with a great two-handed save.

The visitors dominated play with 61 percent ball possession, 16 goal attempts and seven shots on goal, with three of them connecting.