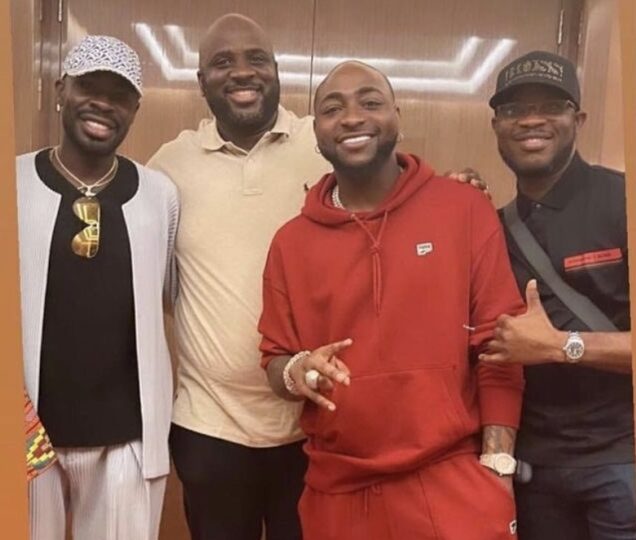 Davido, his lawyer and Wema Bank officials in Dubai

Officials from Wema Bank have pursued Nigerian singer, Davido to Dubai in the United Arab Emirates, for a crucial meeting.

The visit followed the over N200 million windfall in Davido’s account, hours after he jokingly asked his fans and friends to spoil him with donations.

Davido had hinted on Wednesday on Twitter that the bank wanted to have a meeting with him.

On Friday night, Davido’s lawyer, Bobo Ajudua, shared pictures of Davido and Wema Bank officials with the caption, “Wema Bank finally touch down from Lagos. Ent law life will have you doing meetings at the wildest hours.” (sic)

Reposting the post on his Instagram story, Davido said, “@wema_bank couldn’t wait”, revealing his location as the United Arab Emirates.

Davido asked for the donation on Wednesday. He asked his fans who had enjoyed his hits to make the donations, which at first he said was to enable him clear a Rolls Royce at the Lagos port.

He later said the money will be used to mark his 29th birthday on 21 November.

His initial target was N100million. But he got an excess of N200 million, in first of such fundraising in Nigeria.