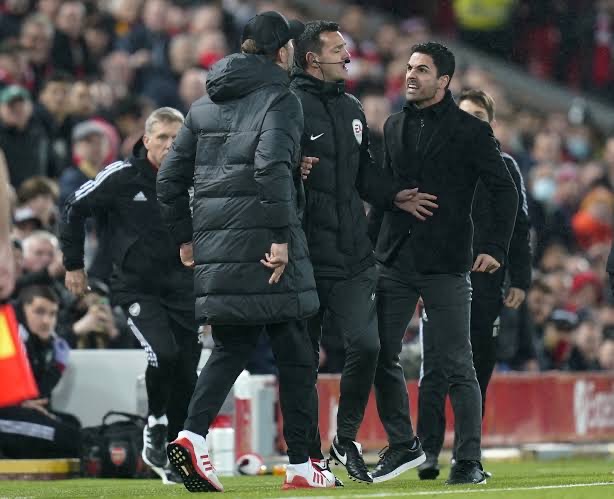 Arsenal manager, Mikel Arteta has played down speculation of any fight between him and Liverpool boss Juergen Klopp.

He and the Liverpool manager had a heated confrontation during their Saturday game where both coaches had to be held apart from each other.

It began after Arteta got furious after a tackle from Sadio Mane on Takehiro Tomiyasu.

Both coaches exchanged words while they were being held back.

The referee had to show them a yellow card 15 minutes before half time.

“I think the atmosphere was incredible right from the beginning.

“It was just an action (by Mane), and I tried to defend my players and that’s what I did.”

Arsenal were put to the sword by a superior Liverpool 4-0 as the Londoners continue to struggle to earn a place in the top four.