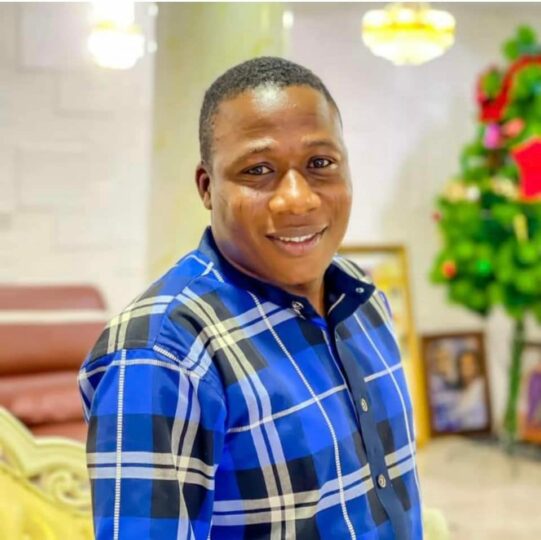 Olajengbesi was greatly impressed by the concern shown by Igbo leaders in visiting President Muhammadu Buhari to beg for the release of the leader of the Indigenous People of Biafra, IPOB, Nnamdi Kanu from detention.

The lawyer, in a statement on Sunday said the visit of the Igbo leaders to Buhari underscored the calculated compassion of the Igbo to one of their own even at the risk of opprobrium and scorn in federal circles.

In the statement titled: ‘Sunday Igboho & Nnamdi Kanu’s Travail: Yoruba Leaders Need To Learn From The Igbos,’ Olajengbesi said he spoke with no hesitation about Igboho whose ordeal is parallel to that of Kanu in original intent, blackmail and oppression by the powers that be.

He said unlike the latter whose kinsmen and kiths had rallied around in an unequivocal display of affection and compassion, Igboho and his associates continued to be hounded like orphans without roots and bearing.

“With all due respect to the elders and leaders of the Yoruba tribe and without an iota of spite, the Yoruba Leaders have failed Chief Sunday Igboho and his aides.

“Those on whom the Yorubas have pled fealty as Leaders, Kings, Kingmakers and Bearers of the Authority of the Tribe have turned a blind eye and a deaf ear to the sufferings and agony of Chief Sunday Igboho whose seeming offence is seeking a better lot for his people,” he said.

Olajengbesi stated that as a matter of urgency, Yoruba leaders must urgently borrow a leaf from Igbo leaders by approaching President Buhari to secure the liberty of Igboho and that of all his associates from the contrived charges against them.

He added that “The hounding of Chief Sunday Igboho and his aides is a needless discrimination with political undertones that serves no true unifying purpose for the Yoruba or Nigeria as a whole. In fact, at a time when disaffection with the status quo has led on to tears in the fabric of our unity, it would be self-defeating of the Buhari-led government to reply legitimate queries of the state of the nation with antagonism and badly hidden spite.
“This is a defining moment not just in the history of Nigeria but in that of the Yoruba, too. The Igbo Leaders have shown the world how it is done for a lack of precedent, the Yoruba must now go and learn from the east. I mean prominent Yoruba sons and daughters with a voice and a platform, I refer further to religious, cultural and political leaders who have the ears of Mr. President and on whom is vested the trust and expectations of Leadership. It is a time for action and not banter, words of reconciliation and not finger pointing. It is, indeed, a time for communal pride and ancestry to overwhelm the differences that have driven a wedge amongst our people.”
Tags:   Barrister Pelumi Olajengbesi   Sunday Igboho