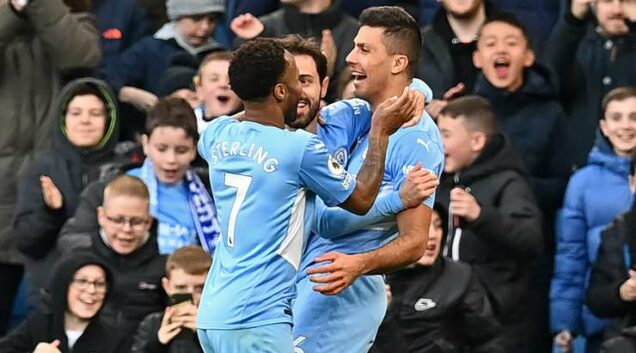 Raheem Sterling opened scoring for the homers on 44 minutes after he got a precise lofted cross into the box from Joao Cancelo.

He latched on to it and finished with a quick shot inside the right post. The goalkeeper had no chance.

City made it 2-0 on 55 minutes. The ball had rebounded and arrives at the feet of Rodri just outside the box, as he fired a magnificent shot into the top left corner. His attempt was beyond the reach of Jordan Pickford.

Bernardo Silva put in the third goal for City, as he collected a rebound and hit it precisely into the bottom left corner.

Earlier, Sterling got on the end of a defence splitting pass inside the box and immediately directed a low shot towards the middle of the goal, but the Jordan Pickford made a great save.