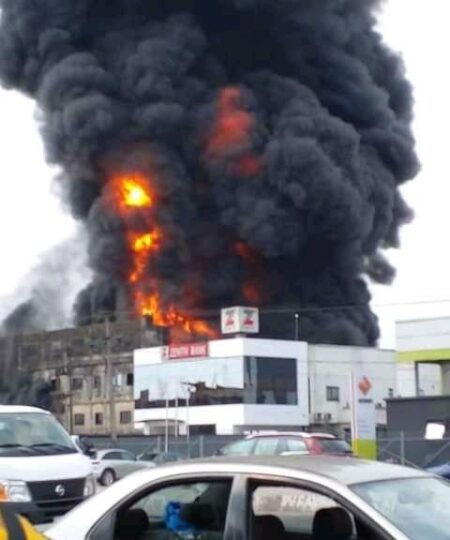 Hours after a fire disaster at Isiokpo street, D-line in Port Harcourt, the capital of Rivers state destroyed property worth several millions of naira, another inferno is raging in the oil city.

The cause of the fire which is still raging at a yet-to-be-completed building cannot be ascertained at the time of writing this report.

Also, the fire service has not responded to the fire incident.

Our Correspondent reports that the fire disaster is close to the very busy East-West road that links Rivers, Bayelsa, Edo, Delta, Akwa-Ibom and Cross River States but it did not disrupt the traffic flow.