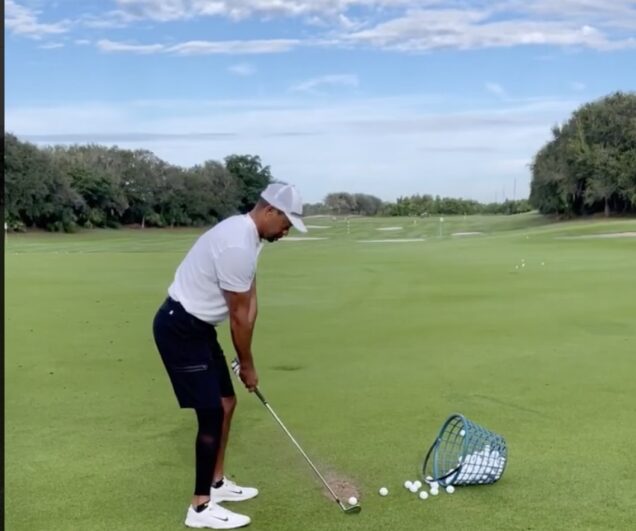 Tiger Woods has returned to the golf course, after almost nine months since he was involved in a lone accident in Los Angeles.

Though not fully fit for competition, Woods made his intention known via a two-second video clip on Twitter and Instagram.

In the video, the 45 year-old golf champion, 45, was was seen hitting balls at a practice range.

‘Making progress!’, Woods said of the video, raising hopes that he will soon return to the golf course.

It was the first time Woods appeared on a golf course after his February over-speeding accident left him hospitalised for weeks.

He also underwent surgeries for fractures on his lower right leg and his foot and ankle.

Out of hospital, Woods was in crutches during his recovery.