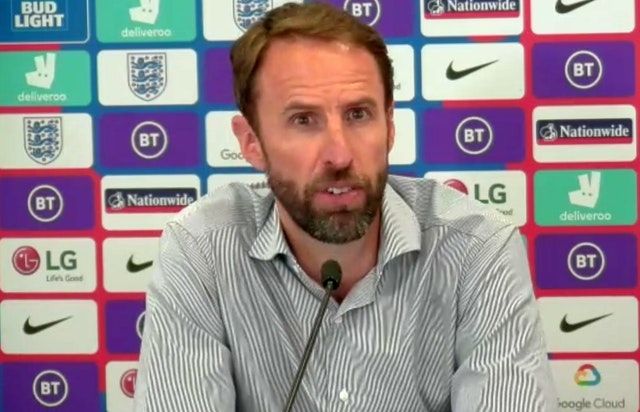 England manager Gareth Southgate has signed a new contract through to the end of 2024, the Football Association (FA) announced on Monday.

His salary has also been increased 100 percent from £3million to £6million, reports said.

Since being handed the job on a full-time basis in 2016, the former England international has revitalised the nation’s fortunes, taking them to the 2018 World Cup semi-finals and the final of European Championship this year.

Southgate’s future had been the source of some uncertainty with his much-admired work with the national team making him a candidate for some of the top club jobs.

But the new deal means he and his assistant Steve Holland will lead England to next year’s 2022 World Cup finals before taking them through qualifying for Euro 2024.

“I am delighted that Steve and I have been able to extend our stay in our respective roles,” Southgate said.

“We have a great opportunity in front of us and I know they and the fans are all excited about what this squad could achieve in future.”

Former Crystal Palace and Aston Villa player Southgate began his managerial career at Middlesbrough in 2006, having ended his playing career with them, before taking charge of England’s under-21 side in 2013.

He was seen as a safe pair of hands when Sam Allardyce left his post after only 67 days, and after impressing the FA hierarchy during a short spell as interim manager, he was handed a four-year contract at the end of 2016.

From the humiliation of being knocked out by Iceland at Euro 2016 under Roy Hodgson, Southgate has since moulded England into one of the world’s best teams, winning praise for his work on and off the field.

He has shown a willingness to fast-track youngsters such as Marcus Rashford, Phil Foden, Jadon Sancho, Bukayo Saka and Jude Bellingham into the squad while remaining fiercely loyal to players who may have struggled for form at club level.

Southgate, famed for his smart waistcoats, united the nation behind the England team at the Russia World Cup in 2018, taking them to the semi-finals where they were beaten by Croatia.

He went even closer to ending England’s interminable wait for a major title this year when his side reached the delayed Euro 2020 final, losing to Italy in heartbreaking fashion on penalties after the game had finished 1-1 at Wembley.

Southgate showed great poise after the defeat following the social media racial abuse received by some of his players.

Last week Southgate’s team qualified as group winners for next year’s World Cup in Qatar with a 10-0 away victory against San Marino and will be one of the favourites to become world champions for the first time since 1966.