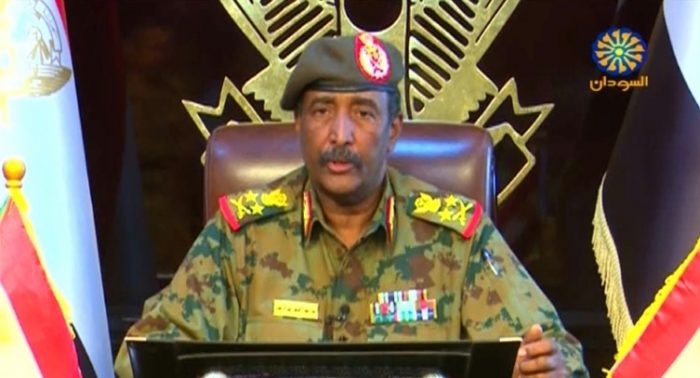 Chairman of Sudan’s Transitional Sovereign Council and General Commander of the Sudanese Armed Forces Abdel Fattah Al-Burhan on Sunday called on the African Union to end the suspension of Sudan’s membership.

Al-Burhan made the appeal during his meeting with visiting Congolese Deputy Prime Minister and Foreign Minister Christophe Lutundula Apala, whose country chairs the current African Union session, the Sovereign Council said in a statement.

The Sudanese army chief stressed the importance of Sudan’s return to the African Union and the removal of the misconception about Sudan’s recent steps which have put the revolution on its right track, said the statement.

For his part, Lutundula said what happened today was a historic transformation for the Sudanese people after the slight deviation on the path of the democratic transition.

“The important historic political deal” has resolved the crisis and set the correct path for the transition process under the African Union patronage, he noted.

The African Union suspended Sudan’s membership on Oct. 27, days after Al-Burhan declared a state of emergency and dissolved the sovereign council and cabinet.