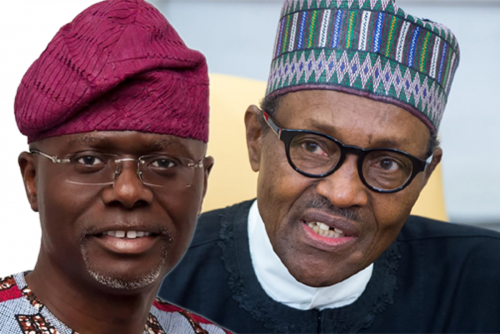 The presidency on Monday gave reason why Lagos would not submit report of the judicial panel on EndSARS brutality to the Federal Government.

Presidential spokesman, Femi Adesina, in an interview on Channels TV’s Sunrise Daily on Monday said under the under the law, Federal Government has no power to en-panel a probe by the states.

He said  what would happen was that when the state comes up with pronouncements on that panel reports, that would then be of interest to the Federal Government.

Adesina said it was not as if they would bring it to the Federal Government, saying that the government might then look at the grey areas to address.

“What would happen is that when the states come up with pronouncements on that panel report, that would then be of interest to the Federal Government.

“There is an Attorney General of the Federation who will advise and the needful would be done,” Adesina said.

The Panel set up by the Lagos State Government submitted its report last week, indicting the military and the police of killing 11 people at the Lekki Tollgate.

The panel in its report found that on October 20, 2020, at the Lekki Toll Gate, officers of the  Nigerian Army shot, injured and killed unarmed, helpless and defenseless protesters without provocation or justification, while they were waving the Nigerian flag and singing the national anthem and that the manner of assault and killing could in context  be described as a massacre.

The panel also found that the conduct of the Nigerian  Army was exacerbated by its refusal to allow ambulances render medical assistance to victims who required such assistance. The Army was also found not to have  adhered to its own Rules of Engagement.

The panel found that the Nigerian Police Force deployed its officers to the Lekki Toll  Gate on the night of October 20, 2020, and between that night and the morning  of October 21, 2020, its officer shot at, assaulted and battered unarmed protesters, which led to injuries and deaths.  The police officers also tried to cover up  their actions by picking up bullets.